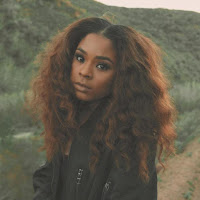 For a while now we've known very little about #X6 since Xtina has made sure that everyone she's signed on for her upcoming project to keep hush hush...

Luckily the beautiful and talented Tayla Parx answered questions from fans no twitter.

Tayla made sure to answer a couple questions from #Fighters... good thing she did, we've been starving for some sort of news for the past couple of years.

Pop / Urban . She's being very real this album. It's more than just a great song and great track. It's her being vulnerable .. while SANGING https://t.co/rHGMxQDpW9
— TAYLA PARX (@TAYLAPARX) January 23, 2017

Could Xtina be bringing Dirrty-tina back with #X6?

I think so. Xtina has been keeping every bit of information about #X6 under raps. Can't blame her for that, remember what happened to BIONIC?