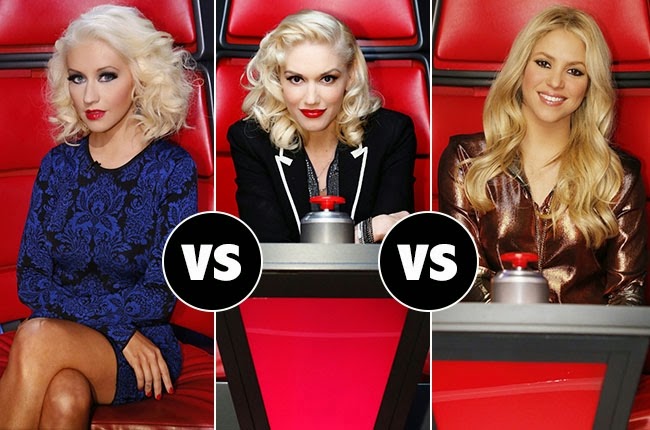 Wait, we already have to say goodbye to Gwen Stefani on The Voice? On Tuesday (Oct. 14), it was announced that original coach Christina Aguilera -- who sat out the last two seasons, while Stefani and Shakira kept her swivel chair warm -- will return for season 8 early next year.

Only Adam Levine and Blake Shelton have stuck around for every iteration of the show, with CeeLo, Usher and Pharrell Williams trading off, and this latest swap has us wondering: Who is the best female judge to grace the Voice stage?

Aguilera is the veteran, putting in four seasons already, with her fifth on the way. Shakira coached on seasons 4 and 6, while Stefani has barely clocked three weeks in her red chair. In our ranking of all the singing competition judges -- which was published before Stefani's Voice debut -- Shakira came in at No. 11, while Aguilera was No. 18. But who is your favorite? Or do you have a better suggestion for the fourth female seat in the future? Vote below or share your write-in picks, and make sure to explain your choice in the comments section.

Posted by AGUILERA ONLINE™ at 9:38 PM