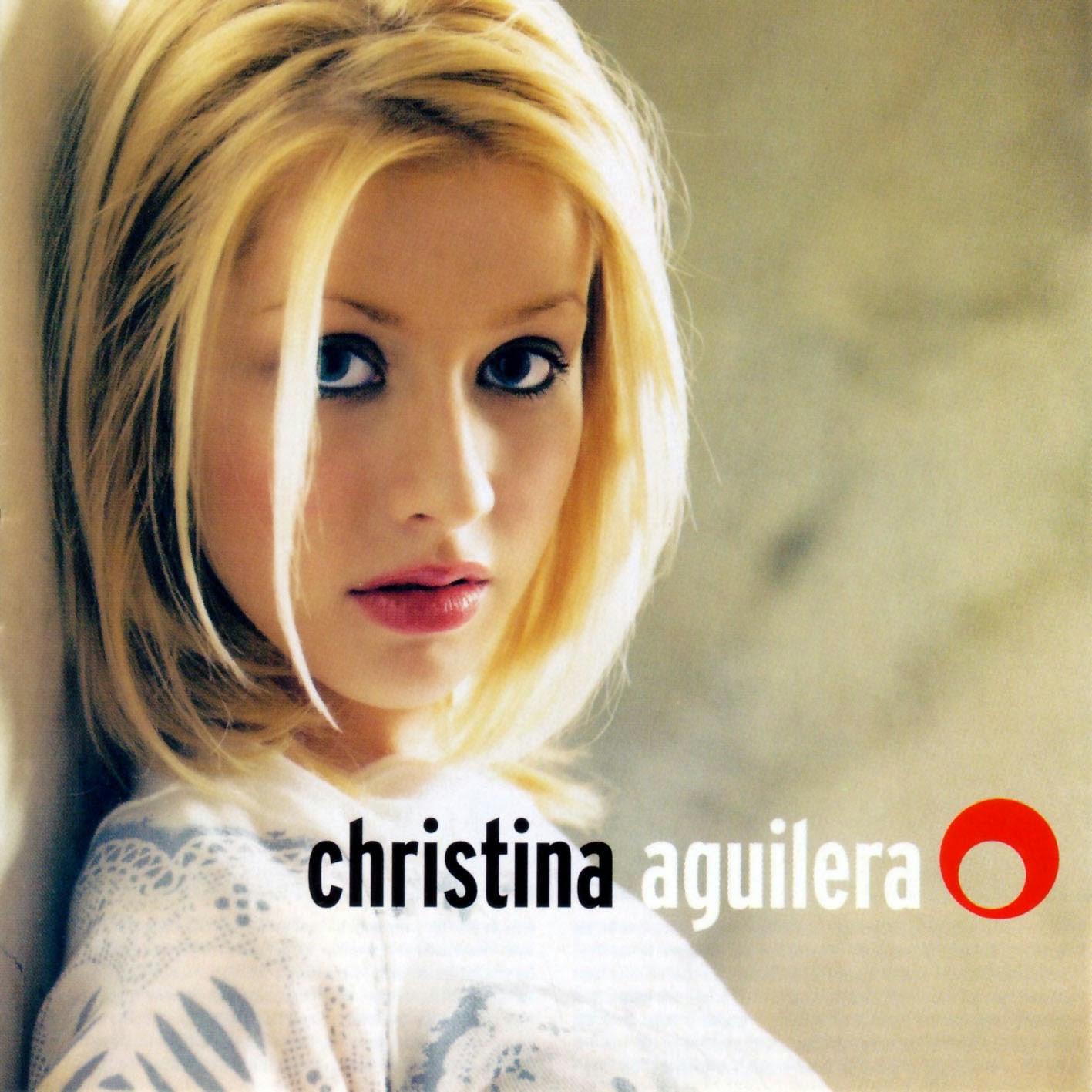 1999: the year when pop music ruled the world. From the United States to the UK, the genre was inescapable on music charts, televisions shows, the radio and even our favorite magazine covers. The brink of Y2k gave way to the fresh faces of pop that quickly became music legends of our time: Backstreet Boys, Britney Spears, *NSYNC and Christina Aguilera. All but Aguilera were already dominating the international charts, with the singer being the last of the four to release her debut. She was introduced to the music scene as part of the 4 Pop Blondes, which included Spears, Jessica Simpson and Mandy Moore. The battle of becoming the the “It” girl in music at that time was a tough one, but nobody could hold the then-19-year-old down (never can, never will)!

Prior to her debut album, many knew Aguilera as a bright-eyed young girl from from 1993′s The New Mickey Mouse Club. Released just eight months after Britney Spears’ iconic …Baby One More Time, at first Christina’s debut was placed in the shadows of pop music’s first princess. But the worldwide success of the four singles that emerged from Christina Aguilera proved that she was a star all her own. While Spears was looked at as the sweet girl next door with her endearing personality, Aguilera showed early signs of her “Xtina” alter ego, as she was unafraid to be mainstream music’s sexualized and rebellious bad girl. Both stars may have had a lot on common at the time, but there was no doubt that Christina Aguilera was bound to achieve a status that placed her within the ranks of Mariah Carey and Whitney Houston.

During this musical era, record labels were focused on creating flash-in-the-pan pop phenomenons. Nonetheless, the raw talent that shone throughout Christina Aguilera saved the album from becoming too candy-coated.

Today we celebrate the 15th anniversary of Christina’s self-titled debut album, which was released on August 24, 1999, and gave rise to an international superstar — as well as the birth of Legendtina. (SAY!)

Today we recognize Christina Aguilera as a light-hearted and fun album that is weighted with trendy, late ’90s dance-pop elements, anchored by the singer’s soulful vocals. It is succinct and jam-packed with classic pop hits and underrated fan favorites, the complete opposite of — what has now become her M.O. — lengthy projects like Bionic and Lotus. The album starts off with “Genie In A Bottle,” the first single and arguably the singer’s signature hit. As soon as the Steve Kipner and David Frank-produced piano notes kick in, the tune instantly brings you back to the summer of 1999, when it was on constant rotation on Total Request Live (the video spent 65 days on the show’s Top 10 chart).

From her velvety vocals to the song’s sexual undertones (which she would quickly become infamous for later on in her career — “Sex For Breakfast,” anyone?), “Genie In A Bottle” separated Aguilera from her more bubblegum-pop counterparts. The song was so popular, that the singer later created two versions of it — a Spanish version for her first Spanish-language album Mi Reflejo (released in 2000) and an electronic version from her 2008 greatest hits album Keeps Getting Better.

Christina Aguilera – “Genie In A Bottle”

Next up is a song that gave the world an insight to what Christina Aguilera was really all about, both as an emerging artist and as a young woman. “What A Girl Wants,” the album’s second single, is an airy mid-tempo number that is absolutely perfect for karaoke nights! The single was also another TRL favorite and followed “Genie In A Bottle” as a Billboard Hot 100 chart-topper. Aguilera is always known for her bold and sometimes over the top vocals, but this song (which focused on her bright upper register) showed that she could also be delicate.

The song lyrics (“I only looked but I never touched/’cause in my heart was a picture of us/Holding hands, making plans”) reveal an independent, strong woman who knows what she wants from a relationship, both sexually and emotionally. The message is quite subtle, but it is something that has been interwoven throughout the diva’s entire career.

She may not have realized it back in 1999, but “What A Girl Wants” laid the foundation for future empowering songs in her repertoire like “Can’t Hold Us Down,” “Fighter,” and “Let There Be Love.”

Christina Aguilera – “What A Girl Wants”

While many of the songs off Christina Aguilera showcased her flirty and sensual side (the usual formula for female pop artists during that time), “I Turn To You” focused solely on her impeccable voice. The song set the diva apart from the sea of blondes, as her strong point were slower songs more than fast-paced dance tracks. The ballad, penned by legendary songwriter Diane Warren (who has worked with artists like Celine Dion, Toni Braxton and Whitney Houston), was just the beginning of many songs dedicated to her mother and inspiration Shelly, who survived domestic abuse from Aguilera’s estranged father.

Christina Aguilera – “I Turn To You”

Apart from her stunning vocals, what made Christina Aguilera so unique back in 1999 was her ability to pull from various genres in order to create her own special sound. Tracks like “So Emotional,” “Love For All Seasons” and “Somebody’s Somebody” leaned more towards R&B and soul which, at the time, was mainly used by strictly-R&B groups like En Vogue, SWV and Destiny’s Child. Aguilera’s love for soulful aesthetics followed her later on in her career, specifically with 2006′s Back To Basics, an album with a throwback vibe that celebrates jazz and blues.

Christina Aguilera definitely doesn’t stray away from sexual themes, with songs like “Come On Over (All I Want Is You)” and “When You Put Your Hands On Me.” When the former song was released as the fourth and final single, it was clear that Aguilera was taking the creative reigns of her image. Gone was the cookie-cutter blonde bob and the modest wardrobe; the singer transformed into a fierce diva with bright red extensions, a new belly ring, revealing outfits and sexy dance moves!

Her third #1 on the Hot 100, the single also became controversial, thanks to the singer’s duet performance with Limp Bizkit’s Fred Durst at the 2000 MTV Video Music Awards,which sparked rumors that the two were an item.

Christina Aguilera – “Come On Over (All I Want Is You)”

While the majority of the songs on Christina Aguilera are classic bops, there are others that don’t quite fit. One of them is the gospel-tinged “Blessed,” which always seemed too try-hard and way too clean cut. Another is ”Love Will Find A Way,” whose funky R&B grooves would be just fine if the song wasn’t a complete Mariah Carey ripoff. From the “shooba-di-doo” ad-libs to the melodic harmonies, it was a little too reminiscent of Carey hits like “Emotions” and “Dreamlover.”

One other track that seemed like a complete throwaway is the slightly cheesy ”Reflection.” It was obviously more of a promotional tool to boost the singer’s popularity, as it was released a year prior as part of the soundtrack for Disney’s Mulan. But “Reflection” does get well-deserved praised for being the reason that Christina Aguilera was even created; the success of the Golden Globe-nominated tune helped to fund the project. It was a pretty smart move on her label’s part, thanks to her ties with The Mickey Mouse Club. But looking back, the ballad did not reflect (punny!) the true artistry of Aguilera.

Needless to say, Christina Aguilera was a chart success. The album debuted at #1 and went on to be certified eight-times Platinum in the US alone. Aguilera’s debut LP also snagged the singer her first Grammy, for Best New Artist at the 2000 ceremony. The clean dance-pop and R&B fusion was perfectly crafted to make an impact for the pop history books alongside albums like Millenium and ...Baby One More Time. It’s also evident that Christina’s first outing influenced the new generation of pop acts such as Ariana Grande, Selena Gomez and Fifth Harmony. Three years later, Auguilera followed up with her also iconic sophomore album Stripped, which granted her the title of “The Voice of Our Generation.”

In 1999, many pop acts were molded by their record labels in almost a robotic manner and Aguilera almost became victim to that herself, but her defiance led her to become the rule-breaking legend that she is today. The release of Christina Aguilera proved to the world that the future diva has an undeniable talent that would last not just for all seasons, but for all time.

Posted by AGUILERA ONLINE™ at 6:19 PM