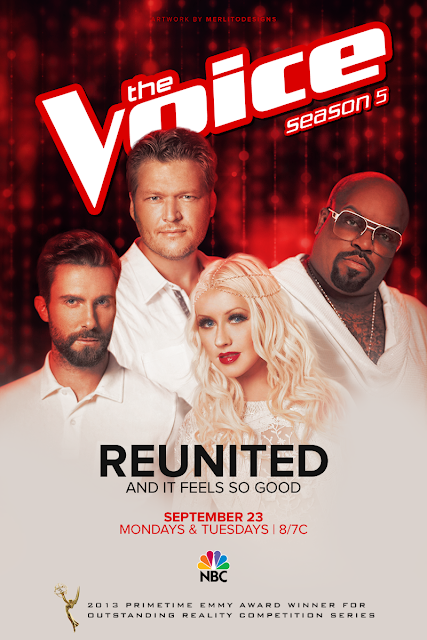 This is "The Voice"!

Competing against perennial favorite "The Amazing Race" -- which has won nine times of the last 10 years this category has been around -- and "Top Chef," the only show to beat "Race" in 2010, as well as "Dancing With the Stars," "Project Runway" and "So You Think You Can Dance," this might be one of the biggest upsets of the night.

"The Voice" is the newcomer to this category, getting their first Emmy nominations last year -- four total, with no wins -- but they pulled off a surprise upset tonight, winning in this main category, one of their five nominations of the year.

Photo of 'The Voice' team backstage, after accepting their Emmy: 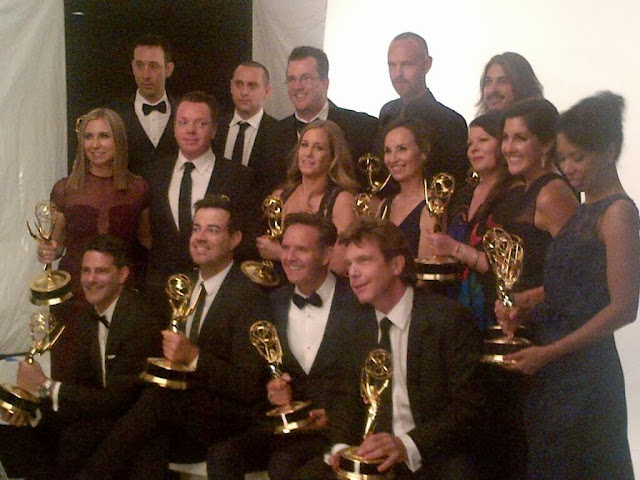 Posted by AGUILERA ONLINE™ at 9:38 AM