[NEWS] CHRISTINA AGUILERA IS AMONG THE 16 INSANELY SUCCESSFUL INTROVERTS 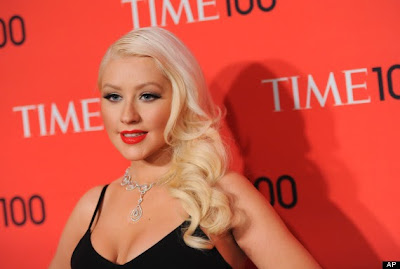 Christina Aguilera falls into the category ranging from 1/3 to 1/2 of the human population that is introverted in nature.

The spotlight has shone on Xtina ever since she was the tender age of 4 years old, when she would clutch her "i-ka-phone," so it is more than safe to say she is no stranger to it. The once dubbed, "little girl with the big, big voice," and at times, even bigger personality, is ironically shy behind the scenes.

Christina, herself, has identified as an introvert in the past. Not to mention, she internalizes her innermost thoughts and feelings, also, claiming her inspiration behind her recent album, Lotus, was drawn from an intimate and introspective place, the powerhouse of Pop music mentioned in several interviews leading up to its release.

Before Lotus was even thought of, in an interview with Marie Claire, from 2010, for her then up and coming album, Bionic, Gaby Wood who interviewed her wrote:


"If it weren’t for her bleach-blonde hair, I wouldn’t have recognized her, because, besides being petite, she is, it seems, shy. She tells me that she has always been 'intense and introverted' and that, as a result, she’s felt like an outsider her entire life."

Since Christina joined NBC's smash singing competition, 'The Voice,' as a celebrity coach, she has since shown us a whole new side to her that we previously had not seen before. Christina has since shared many aspects of her character including her confident, committed, competitive, compassionate, and caring spirit that has helped contribute to her insane success.