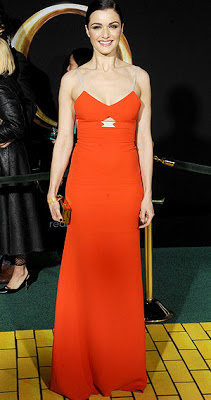 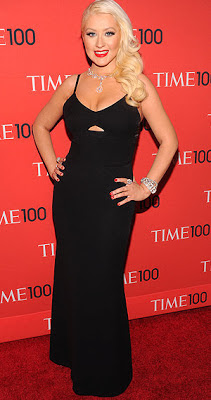 Christina Aguilera is back!


What they wore: A floor-length, spaghetti-strap gown with a cutout by Victoria Beckham.

When they wore it: Xtina, 32, chose the black frock when she and others were honored as the most influential people in the world at the fancy Time 100 Gala in New York on Tuesday. Brunette beauty Weisz, 43, wore the sportier orange version of the dress with white accents for the premiere of her latest movie, "Oz the Great and Powerful," on Feb. 13 in L.A.

How they styled it: Diamonds from Lorraine Schwartz adorned Aguilera's look, which she finished with wavy tresses and bright red lipstick. Weisz played up the more casual version of her VB with a ponytail and a box clutch by Lanvin.

Judge's scorecard: As someone who's been a judge herself on "The Voice," surely Aguilera can understand that moment when no one has the advantage because both are successful in their own way. This is one of those moments.

Who wins your final vote?

Posted by AGUILERA ONLINE™ at 6:30 PM