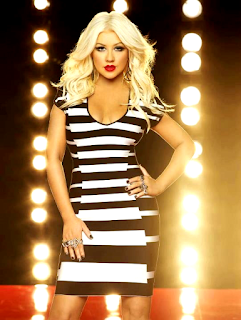 Christina Aguilera is in line to return to NBC's The Voice, it has been claimed.

The musician has signed a deal believed to be worth around $17 million (£11.1m) and will return for season five, an insider with knowledge of negotiations told The Wrap.

Aguilera was one of the original coaches when the reality singing competition launched on the network in 2011, but left along with Cee Lo Green to promote new projects at the end of season three last winter.

Usher and Shakira joined The Voice in their places for the fourth season, which is currently underway.

If Aguilera's return is confirmed, it is not immediately clear how it would affect the current composition of the panel.

NBC did not announce any changes at its upfronts presentation for 2013-14 on Monday (May 13), and is yet to comment on the reports.