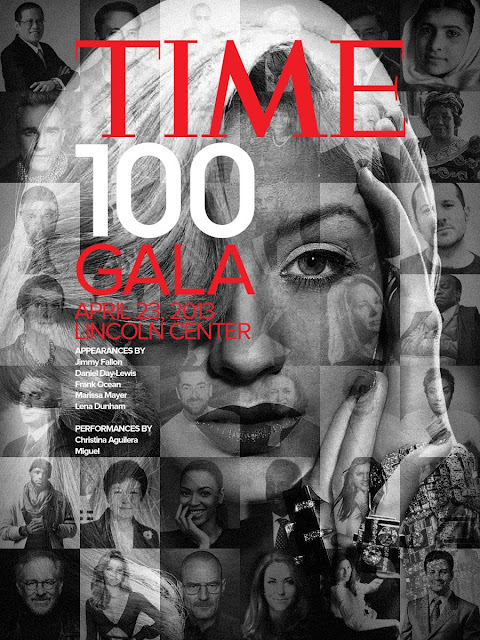 On April 23, TIME will host a gala at New York City’s Jazz at Lincoln Center in celebration of the TIME 100 — our annual list of the 100 most influential people in the world.

This is the tenth year that the TIME 100 gala has brought together leaders, visionaries, entertainers, moguls and philanthropists from across the world. This year’s 350 expected guests include Late Night host Jimmy Fallon, actor Daniel Day-Lewis, musician Frank Ocean, Yahoo! CEO Marissa Mayer and Lena Dunham, creator of the HBO hit Girls. Recording artists Christina Aguilera and Miguel are slated to perform for the assembled luminaries.

Joe Biden, Vice President of the United States, will give remarks. Past speakers include former Secretary of State Hillary Clinton and Michelle Obama, whose 2009 appearance at the TIME 100 gala marked her first visit to New York as First Lady.

Biden received praise from Republican majority leader Eric Cantor in the new TIME 100 issue: ” Too often in Washington, opposing sides don’t speak to one another. The best way to find solutions and common ground is to build personal relationships based on trust. No one in Washington understands this better than Joe Biden.”

TIME will roll out three red carpets for the gala, so check back on TIME.com for photos, videos and reporting from the event. You can also follow @TIME on Twitter for real-time updates, using the hashtag #time100.

Posted by AGUILERA ONLINE™ at 3:36 PM