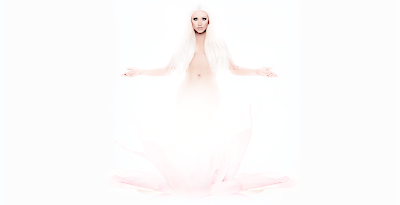 Christina Aguilera admits that her last album, 2010's Bionic, didn't connect with her fans. "It had a lot of amazing sounds and a futuristic twist to it," she says. "But if you weren't a music person, it was just going to go over your head. A lot of the collaborations were with people that were either very underground or weren't necessarily from the pop world. I really think it was far ahead of its time and it'll be fully appreciated in the years to come."

On her follow-up, Lotus – her first LP since getting a divorce and becoming a judge on The Voice – Aguilera goes for a sleeker mainstream pop sound, working with producers like Max Martin, Lucas Secon and Shellback. "I don't really push myself to have those formulaic commercial successes," Aguilera says. "It's dishonest and it starts lacking creativity. I embraced being a pop artist, but I like doing it on my own terms, at my own pace."

Aguilera sees Lotus (in stores on November 9th) as a companion piece of sorts to her 2002 album, Stripped. "It really takes me back to that time," she says. "I was shedding a skin in a sense. I had been pigeonholed as formula-pop driven, or molded or forced to be something I didn't feel was true to me. I was labeled from 'Genie in a Bottle,' and I had a lot of things to say and share as a 21-year-old woman. Now I've come full circle a decade later. I had a greatest hits album and I experienced a decade in this crazy business. It's a time of celebration, of embracing being a pop star."

On the piano ballad "Blank Page," Aguilera vents her pain and regret. "Lord knows I've been no saint," she sings. "Regret choices I made . . . I was scared, unprepared for the things you said/I'm a blank page waiting for life to start." The club-ready "Army of Me" shows off her defiant side: "What you thought was your best decision became your worst mistake," she sings defiantly on the track. "That song is a 'Fighter 2.0,"" Aguilera says. "I want it to inspire a whole new generation. I have six-year-old fans that weren't even around for 'Genie in a Bottle' or even 'Fighter.'"

Lotus marks Aguilera's first time working with Swedish pop-radio wizard Max Martin. "I'm not sure we would have been able to create the same music had we connected earlier," she says. "He did all the Britney and N'Sync songs, and I was doing something a little more daring. But we've gained respect for each other."

The most shocking moment on Lotus is the bonus track "Shut Up," a furious screed against haters in which Aguilera repeatedly chants "If you don't like it you can suck my dick." "That's for my fans to blast in their cars," she says. "I know a lot of them get heated and pissed off whenever they hear some bullshit rumor or bullshit story, and it's a great venting song for anyone that is having a bad day or not liking their boss. It's playful and tongue in cheek."

Christina has been pulling double duty recently with her work on The Voice and her new album, and she's looking forward to temporarily handing off her rotating chair to Shakira for Season Four next spring. "They were going to do back-to-back seasons," she says. "I knew I had to get back in touch with myself as an artist. I really put myself on the back burner doing that show. I also worried that my advice would start to get stale and redundant. I have to go away for a second and live life. Being on The Voice has been amazing, but I need to see my friends and go on the road again."

Aguilera called off a planned 2010 tour in support of Bionic, but she hopes she will tour behind this album. "We are thinking about that," she says. " But with my schedule everything is complicated – and it's a whole different ballgame now that I have a son. So, again, we'll do that on my own terms and within due time."

Source: Rollingstone
Posted by AGUILERA ONLINE™ at 11:26 AM