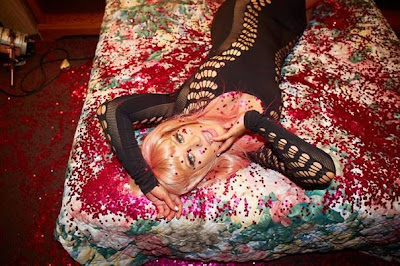 Global superstar Christina Aguilera will be releasing her new album Lotus on November 13th through RCA Records. The music video for her first single “Your Body” will premiere late September but the artist is offering her fans an exclusive sneak peek on NBC’s “The Voice,” Monday, September 17th.

Filmed over 2 days on location in and around Los Angeles with award-winning director, Melina Matsoukas, the video takes an unexpected and whimsical approach to the song. The imagery is fun, colorful and campy with a bold twist one would expect from this highly visual artist.

Christina said, “I was really drawn to the playful nature of this story. I didn’t want to take myself or the video too seriously and it shows from the wardrobe, to the locations and even the pink truck. Nothing is literal in this video.”

Stills were shot on locations by photographer Mark Hunter, aka thecobrasnake.

In addition to the sneak peak being aired on The Voice, Christina is offering her fans the teaser on www.christinaaguilera.com shortly after it is seen on television.