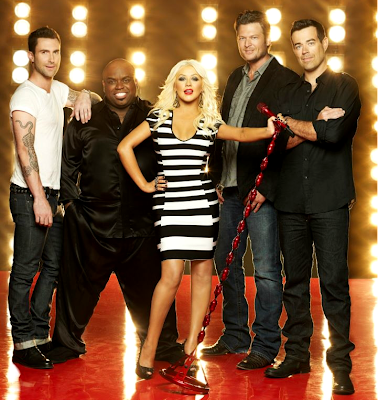 The really good news for NBC: The Voice is continuing its upward trend, rising 13 percent this week compared to last Tuesday’s performance. The one-hour Voice had 13.3 million viewers and a 4.5 rating among adults 18-49. After last week’s softer-than-hoped-for return of the music competition series, NBC has to be pretty thrilled that both Monday and Tuesday editions posted gains, gathering strength before next week’s deluge of premieres.

Source: EW
Posted by AGUILERA ONLINE™ at 8:41 AM