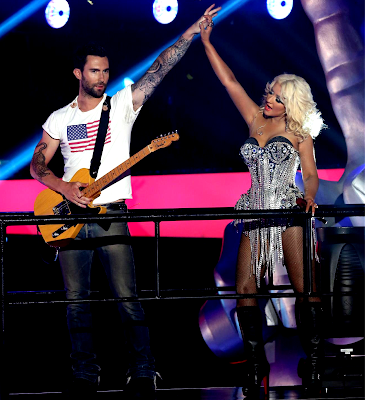 The Voice made its first ever appearance on the fall schedule last night with the premiere of the third season. NBC's flagship competition was down from previous premieres and its most recent Monday average, but up from the last month's worth of Monday broadcasts in the spring. The two-hour episode earned a 4.1 rating among adults 18-49, growing every half hour. That's a 15 percent dip from its spring Monday average but only a seven percent loss from the recent season finale. In total viewers, The Voice was also Monday's biggest winner, pulling in 12 million viewers.

Source: THR
Credits: Paddy
Posted by AGUILERA ONLINE™ at 9:07 AM