[NEWS] CHRISTINA AGUILERA VS. MARIAH CAREY: WHO IS THE BETTER SINGER? 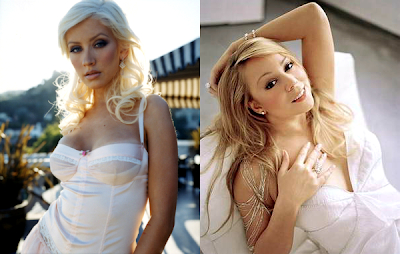 When it comes to music competitions, The Voice’s Christina Aguilera — who is currently preparing for her third season on NBC's hit show — can easily claim seniority. But does she reign supreme as the queen of pop music?

Newly appointed American Idol judge Mariah Carey certainly gives Xtina a run for her money, but is she a better singer? She might have 10 years' experience on Christina, but their accolades are quite similar — Mimi has five Grammys to Christina’s four five, and both ladies have a slew of No. 1 hit singles.

Our girl Christina knows how to belt out the powerful notes, but Mariah has one of the widest ranges in vocal history. Both ladies clearly know how to break it down on impressive pop ballads, as evidenced by the videos below.

Check out these examples of the reality judges’ most impressive songs and tell us which singer has the better voice!

Sound off on the comments at the source!