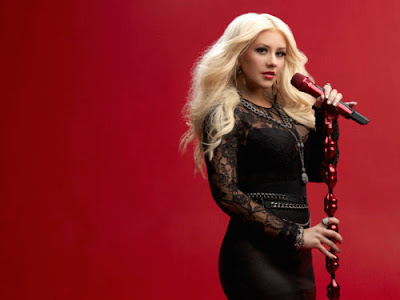 Christina Aguilera will participate as a keynote speaker at the 2012 Billboard and Hollywood Reporter Film & TV Music Conference presented by First Entertainment Credit Union and being held at the W Hotel in Hollywood Oct. 24 and 25.

A five-time Grammy Award winner and one of the top-selling artists of all-time, Aguilera is in a unique position to discuss the connection between film, TV, and music. Her career started on television with "The Mickey Mouse Club," and today she is watched by millions every week as a coach on NBC's "The Voice." In this rare Q&A session, Aguilera will discuss her musical journey, her upcoming album, and of course the role television has played and continues to play in her life and career.

Besides Aguilera, Epic Records chairman and "X Factor" judge Antonio "L.A." Reid and composer Gustavo Santaolalla will deliver the two other keynote Q&As at the two-day conference that starts Oct. 24.

Now in its 11th year, this cutting-edge conference offers attendees the unique opportunity to learn from, network and expose their music directly to the industry's most influential executive and creative talents including award-winning composers and directors, key studio, network, record label and publishing professionals, VIPs from the advertising, gaming and commercial fields as well as the best music supervisors in the business.

"Music has always played an integral part in film and television and now with the ever-growing popularity of music competition shows, new doors are being opened for some of the biggest players in the industry" said Bill Werde, Billboard's editorial director. "Both Christina Aguilera and L.A. Reid's music careers have given them entrée into television, and we are thrilled to have them share their stories and perspectives on the impact of music."

Other conference highlights include a panel session titled Breaking Bad: Storytelling Through Music Supervision and Composing where the creator of the hit series on AMC, Vince Gilligan, will discuss the increasing importance of music on the show with composer Dave Porter and music supervisor Thomas Golubic.

Credits: Paddy
Source: Billboard
Posted by AGUILERA ONLINE™ at 10:11 AM