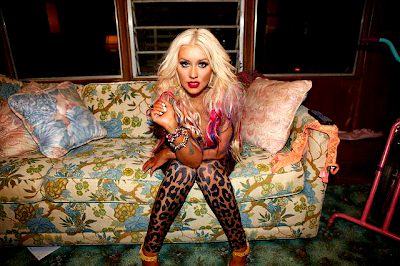 Christina Aguilera called in to 'Watch What Happens Live' (Bravo) to reveal that a new sneak peek of the music video for 'Your Body', the lead single off her highly anticipated forthcoming album, 'Lotus', will be released this coming Wednesday (September 26th).

In other news, Christina also restated that she is obsessed with 'The Real Housewives' series and loves each and every episode.

Christina also suggested there may be ANOTHER special announcement on Wednesday as well.