[NEWS] CHRISTINA AGUILERA TALKS 'THE VOICE', 'YOUR BODY', AND HER NEW ALBUM 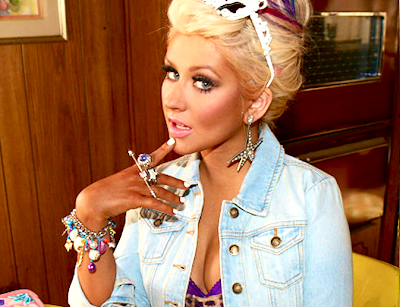 Are you ready for Round 3? We are. We’ve been missing those spinning chairs.

Emmy-nominated “The Voice” returns with a new season this month. Soon, you will be seeing host Carson Daly and coaches Adam Levine, Christina Aguilera, Blake Shelton and Cee Lo Green back on your TV screen for an even bigger dose of musical talent and intense competition.

In this e-mail interview with Super, Christina Aguilera dishes on her hit talent show, her new album and the changes this new season will bring.

What do you love about being on “The Voice”?


I am really drawn to the concept behind the show. We are here to help talent learn and grow. The show celebrates just the voice and the talent behind it and I feel it is a positive and uplifting experience for us all.

There are a number of other talent shows on TV—why do you think your show is such a huge hit?


“The Voice” is really judging people based only on their voice and it was a concept I hadn’t seen before. It also presents the chance for us to lift up new talents rather than tear them down. I knew I wanted to be part of something so positive. Our concepts and format are different so I see room for us all. We are a very different show.

What can fans expect from this new season?


This season will NOT disappoint. First the blind auditions will be longer, teams will be bigger AND we have added the surprise of a steal, so coaches can take a member from another team that gets kicked out in battle. And the performances are going to be amazing. We have an opening coach’s performance AND I will debut my new single, “Your Body,” on the show.

What’s it like working with Cee Lo Green, Blake Shelton and Adam Levine? How has your relationship with them changed over the seasons?


They are like the brothers that I have always wanted. We are a big family and we have really grown close over the seasons. I have so much respect for all three of them.

How do you feel about the format changes for Season 3?


It’s a great idea that keeps the show fresh and also keeps us coaches on our feet. Now with the steals we have to know our team and all three other teams as well so we can be strategic.

Do you think being allowed to steal contestants will have an impact on your coaching/judging style?


Absolutely. It really requires us to know not only our teams but everyone else’s as well, which changes the dynamic. It is going to be a lot of fun.

You’ll be working with Billie Joe Armstrong this season—how do you feel about that? You and Billie have different musical styles, do you think that would be beneficial to the show and the contestants?


I am so excited to be working with Billy Joe. He made me laugh for hours and brought such positive energy to the set. It’s also a great mix as his style is so different than mine and it allows the team to learn from so many perspectives. We are lucky to have him as a member of “Team Xtina.”

You’re working on a new album now—how’s it going? When can we expect to hear it?


The new album is almost done and I am so excited to share it with fans. My new single, “Your Body,” will premiere on “The Voice” this season. A lot of the album is light and fun. Great dance and pop tracks. Others are really raw and intimate. I am so excited for the album.

How do you feel about the “Sesame Street” spoof of “The Voice”?


I love it! When I saw it I couldn’t stop laughing. I even tweeted. My son loves the show and I told him now mommy really made it.