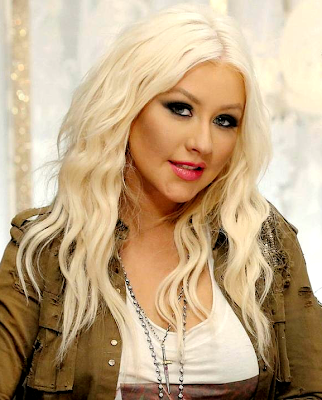 The third season of The Voice will bring about some already-documented changes, including the "Knockout Rounds" and the "Steal." Bandleader Paul Mirkovich tells Rolling Stone there will be other new elements, including a younger-skewing batch of singers.

Given the youth and interests of so many of the contestants, this season's song selection is looking a lot like the recent pop singles charts. "With the younger females there's a lot of Katy Perry," said Mirkovich. "I would say she's the most popular. A couple of Pink songs, a couple of [Lady] Gaga songs, then we probably skewed the entire song selection to even more current songs than we had been doing."

Mirkovich has already completed the initial rounds of the new season. "That was a really intense few weeks," he said. "We recorded all the iTunes tracks for all the winners with the band."

Although he should have a feel for picking early favorites, he's learned that prognosticating The Voice is about as successful as picking next season's Super Bowl winner. "There's almost never a frontrunner. I think in the first season there was an obvious frontrunner, because Javier [Colon] was amazing and older, so he wasn't going to get rattled," he says. "But especially with some of these younger kids that are on the show this year, we just don't know how they're going to stand up to the pressure."

This season one of his early clubhouse leader (who he declines to name) has already been bounced. "One of the people who I thought was a favorite, who was maybe my favorite of all of the auditioners, in the knockout [round], he lost," Mirkovich said. "And it surprised me."

Whoever does come out victorious will have had the help of some strong coaching. As the bandleader, Mirkovich works closely with all four judges/coaches, and he said they are as involved as they are on TV, starting with Christina Aguilera.

"I get emails from all of them, and phone calls from Christina sometimes at two in the morning," he says. "Christina is obsessively meticulous about her song choices and all her contestants. She is very nuts-and-bolts with the contestants. She's a tactician as to how to get through the song, and very good with staging as well."

Though the other three have their own styles, they are equally part of the process. "Adam [Levine] comes at it from, like, a brother-in-arms kind of thing – 'I'm a working musician, you're a working musician, let's figure out together how to make this song work for you, and I want you to do the best way you can,'" Mirkovich says. "Cee Lo is always looking for an opportunity for the show, very much a showman. And Blake [Shelton] is very nurturing and wants to be their friend. He's very involved on a personal level, probably more than any of the other coaches."

This season the coaches will be doing double time, because they will be seen performing more as well. "I know for sure there will be more performances, not only with all four coaches, but all four coaches individually will be doing performances with their own band, and then later on in the live shows with their contestants as well," he said. "You'll definitely see all four of them together on stage. One of the things that draws people to our show is they get to see these four incredible artists perform together from time to time."

Source: RollingStone
Posted by AGUILERA ONLINE™ at 10:32 AM