[NEWS] CHRISTINA DESCRIBES LEAVING 'THE VOICE' AS 'BITTERSWEET', TUNE IN MONDAY FOR MORE 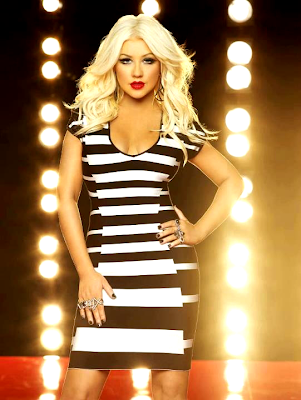 Christina Aguilera may be leaving The Voice, but it sounds like it may not have been the easiest decision to make.

"It's bittersweet," the Grammy winner told me earlier today while promoting her new just-released-on-iTunes single, "Your Body," from her upcoming album Lotus (out Nov. 13). "I so enjoy being a coach to my team on The Voice [and] and at this point in season 3, all of us coaches have truly bonded."
And that includes fun times when the cameras aren't rolling on the NBC show.

"When me and Adam [Levine] are on breaks backstage, you know, we're writing profanity with my red lipstick all over Blake [Shelton]'s trailer while he's napping inside," Aguilera said. "It's like we have definitely become like brother and sister. We goof around and play around. I'm going to miss it."
Even so, she explained, "In order to be the best coach I can be on that show is to go out and be able to have the experience as an artist…create new experiences for myself so that I can then come back to the show and share that much more."

Aguilera and Cee Lo Green will be replaced by Shakira and Usher when the new season kicks off in the spring. (E! and NBC are part of the NBCUniversal family.)

Aguilera has already talked to producer Mark Burnett about returning to the show. "He understands that we're artists first," she said. "In order to remain great coaches and to stay relevant, we have to go out and we have to still tour, see our fans one-on-one. I have to feel creatively fulfilled in order for me to then do my job as a coach and be on that show."

That's not all we have for you from Xtina. For more of our sit-down with Ms. Aguilera, make sure to tune into E! News on Monday at 7 and 11:30 p.m.