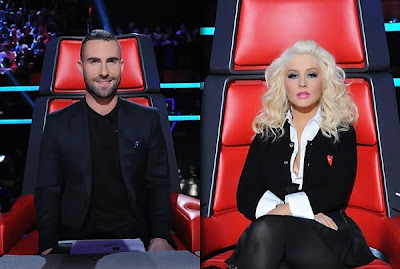 Though there’s been some definite animosity between two of The Voice’s A-list judges, Adam Levine and Christina Aguilera seem to have patched their Season 2 drama up.

Both singers have been nothing but smiles since the May 2012 finale, and we have every reason to believe this season will run rather smoothly. That is, until the competition heats up.

But for now, Adam and Xtina are playing nice. In a recent interview with The Daily Beast, Adam discussed last season’s feud.


Why is Christina Aguilera so mean to you on the show?

She’s not mean to me. Christina Aguilera and I are friends. She’s awesome. She and I had a rough start, but it wasn’t even that rough, it was just totally sensationalized. I love that woman.

Do you think she has a crush on you?

No. I think she’d probably say “ewww!” if you asked her that.

Clearly, he doesn’t mean that kind of love — these days his primary affections are reserved for supermodel girlfriend Behati Prinsloo — but we’re happy to see these two getting along!

Source: The Daily Beast & Wet Paint
Posted by AGUILERA ONLINE™ at 12:17 AM