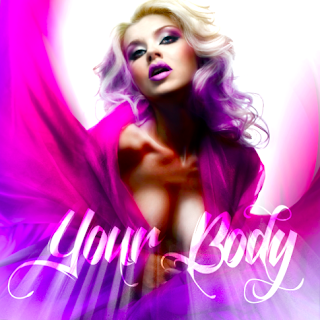 You guys! Christina Aguilera is reclaiming her position at the top of the charts, and no wig is safe. Is this the latest evidence of Xtina's move back toward global domination? Uh duh, to put it eloquently.

The newly surfaced "Your Body" demo (which may also end up appearing under the title "Touch Your Body" or "F*** Your Body," because YOLO) surfaced yesterday after weeks of anticipation. (And just sayin', it must be a HUGE sigh of relief for fans awaiting the "Not Myself Tonight" chanteuse's big comeback single.) Trust us: "Your Body" doesn't disappoint.

Find out more about "Your Body" after the jump.

Though it's just a demo, the Max Martin-produced track is chilly and dissonant, with gauzy synths and one of those can't-get-you-out-of-my-head choruses that's almost deceptively simple. The track also succeeds in making Christina's intentions known, loud and clear. "All I wanna do is f*** your body!" Christina cries over skittering percussion. "Tonight's your lucky night, I know you want it!" We do, Christina. We do.

The best part, though, comes nearly three minutes in when Christina puts her legendary pipes to work delivering the epic line: "I think you already know my name." She's right — we already do, and if the album version delivers on the promise of this demo, we're pretty sure we'll be seeing a lot more of that name.


We couldn't agree more! 'Your Body' owns! Christina really stole it, owned it, and sold it with this one!