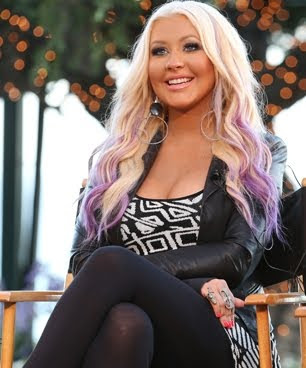 The third season of The Voice brings on a new set of mentors to assist the coaches, none more attention-grabbing than Green Day frontman Billie Joe Armstrong, who's working with Christina Aguilera. While that may seem like an odd pairing, Aguilera tells Rolling Stone they've had a blast. "It’s nice to get together and both vent and laugh," she says. "We laughed our asses off, oh my God, we made each other laugh."

For Aguilera, who said at a recent press junket for The Voice that she is working on a new album, it was inspiring to be around Armstrong, who is as involved in the process of making Green Day's albums as Aguilera is with her music.

"I think that sometimes pop music does get stereotyped as 'We don’t have as much control or say-so over the creative works behind the producing and what not,'" she says. "I specifically am an artist that's very involved in my own producing, creative and all of the efforts that go into putting together my album as an artist."

Aguilera didn't reveal much about the new album, only she is excited about it and the lead single is called "Your Body," but she did talk about her process. "I'm one that likes to collaborate, I love feeding off the creative energy and it only makes me better," she says. She feels the show is pushing her in the direction she wants to go. "I'm on a continual path both personally and professionally," she says. "All around it's my goal to better myself as a person and an artist and the show is one of those contributing factors and the guys are great friends at this point. It's fun collaborating with them at this point."

Fellow coach Adam Levine has also teamed with a great mentor in superstar Mary J. Blige. Though she's there to help the aspiring singers, Levine has the privilege of hearing words of wisdom from one of the great voices in music, something he's basking in.

"Not only does Mary J. inspire me to be better at what I do and just better at life, she is an inspiring figure and always has been to me," he says. Like Aguilera though, he takes as much inspiration at this point from his fellow coaches as from the mentors. "Everybody on the show inspires me to be better at what I do," he says. "You see a great performance, you're like, '****, I better step it up a notch.' Which is great, people surprise you and what everyone on this show has been capable of doing has been really remarkable."