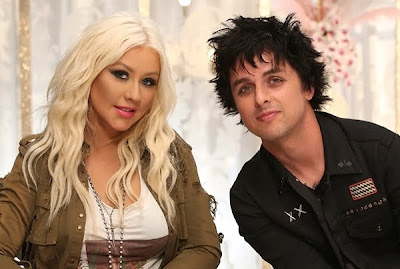 ...Billie Joe will appear on TV screens on the US version of The Voice next month. The star says joining the judges - including Adam Levine and Christina Aguilera - was a funny experience.


"Ha, The Voice. It's always been a guilty pleasure for me and my wife Adrienne. And I've been friends with Adam since he was 16. I was asked if I wanted to be a mentor and I had to choose between Adam and Christina Aguilera. I thought it would be more interesting if I was with Christina," he explained.

"But it's hilarious as in some of the pre-recordings we've done with the younger kids. I'd be introduced as the surprise guest and they ask 'Who the f**k are you?' Then Christina would say 'Here is Billie Joe from Green Day' and they are like 'What's a Green Day?' It's such fun."

Source: BelfastTelegraph
Posted by AGUILERA ONLINE™ at 6:06 AM