[NEWS] CHRISTINA AGUILERA VS. MARIAH CAREY: WHICH DIVA WILL BE THE BETTER REALITY JUDGE? 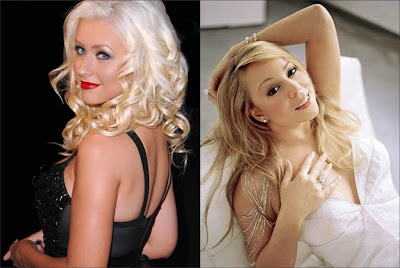 Pop diva Mariah Carey surprised us this week with the announcement that she’ll be replacing Jennifer Lopez as a judge on American Idol Season 12.

And though Mariah, 42, has more than 10 years on our girl Christina Aguilera, Xtina already has two seasons of judging under her designer belt.

So who will make for the better judge? Christina has already proven herself to be the Simon Cowell of The Voice — offering the, at times, brutally honest truth and in-depth critiques.

We already know Mariah can tell it like it is, but will her sass carry over to primetime TV? Tell us who you think would make the better judge below!

Source: Wetpaint
Posted by AGUILERA ONLINE™ at 9:19 AM