[NEWS] CHRISTINA AGUILERA REVEALS HER ADVISOR FOR 'THE VOICE: SEASON 3' 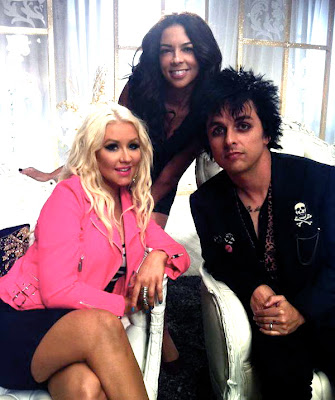 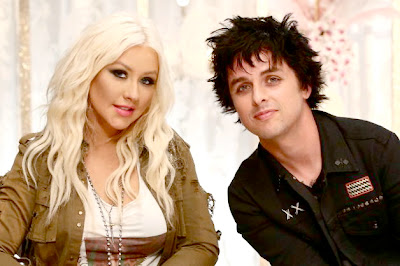 NBC’s “The Voice” is adding a high-powered rocker to the mix.

In a statement, Armstrong said he and his family are fans of the show.

“The Voice” has won over viewers because “it’s not molding artists, it’s just giving them a little bit of guidance and direction without giving them a complete makeover,” he said.

Besides, Armstrong says, working with Aguilera is “a lot of fun.” He started taping Wednesday on “The Voice,” which has been in production for season three since June.

That’s good timing for Green Day: The band has three albums coming out in quick succession, with the first, “Uno!”, to be released Sept. 25.

In addition to Aguilera, the show’s coaches include Cee-Lo Green, Adam Levine and Blake Shelton. Carson Daly is the host.

How darn excited are you guys about the news that Christina will be working with the amazingly talented Billie Joe Armstrong of 'Green Day'. I'm beyond excited about this collaboration.

Did it catch anyone else by surprise? I would have thought that Adam would have someone like Billie as his mentor.

This can only lead to greatness. 'The Voice: Season 3' could quite possibly be the best season yet.

Here's to the next couple of months being filled of nothing but greatness for our momma. 2012/2013 aren't ready.