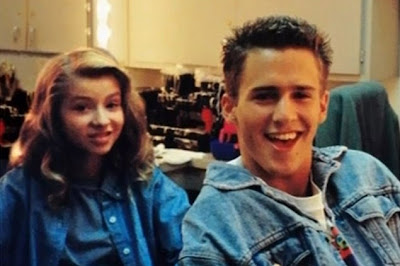 On last week's performance episode of "The Voice," there was some major tension between contestant Tony Lucca and his former "Mickey Mouse Club" co-star, Christina Aguilera. She wasn't particularly pleased that Lucca's famous friends like Justin Timberlake were tweeting their support for him, because she felt that there were stronger voices in the competition. It was an awkward moment, to say the least.

Zap2it had the chance to chat with Lucca last week, so we had to ask him about Aguilera's criticism, which some fans found harsh.

Lucca admits that having people like Timberlake in his corner did put him at an advantage -- but that doesn't necessarily mean the advantage is unfair.


"These are my friends, and certainly it's just them trying to support their friend," he says. "Yeah, the repercussions are sizeable."

He accepts her constructive criticism gracefully.


"I think she's really well-spoken on the show, and quite honestly, probably one of the most intelligent on the subject of vocals and singing and stage production and stuff. I take it all in stride and I value her opinion tremendously."

As for any perceived trouble in M-I-C-K-E-Y-because-we-like-you paradise, Lucca shrugs it off.


"A lot of people have kind of questioned [Christina's] tone, and maybe that's where the awkwardness came in, but I'm inspired by it, it's fine," he laughs. "I mean, obviously there's some social media fall-out and everybody kind of wants to talk about this rivalry that continues, but it's not my place to speculate. It happened and we're moving on."

Source: Zap2It
Posted by AGUILERA ONLINE™ at 4:42 AM