For the first time this season, coaches Christina Aguilera and Blake Shelton will perform alongside the four remaining artists on their respective teams during THE VOICE Performance Show on Monday, April 16 (8-10 p.m. ET).

Each artist on Teams Blake and Christina will also have the opportunity to further showcase their talents as they each perform an additional song before viewers vote to save their favorite member from each team. 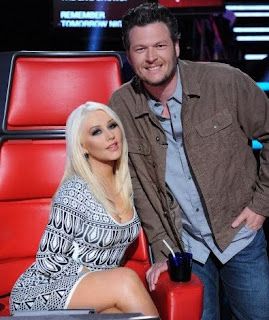 In addition, THE VOICE coach and Maroon 5 front man, Adam Levine, joins his band in a special premiere performance of “Payphone” featuring Wiz Khalifa, the first single off their upcoming fourth album, “Overexposed.”

The following artists from Team Blake and Team Christina will perform on Monday: