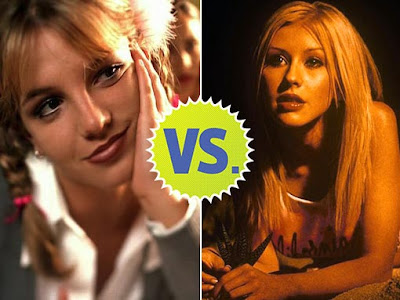 The news that Britney Spears is reportedly in final negotiations to join "The X Factor" has set the MTV Newsroom on fire. Opinion on whether the pop star is a good fit for the reality singing competition has been sharply divided, so we decided to take on the topic the way we're sure Simon Cowell did before making Spears a reported $10 million offer: a good, old-fashioned pros and cons list.

The debut season of "The X Factor" performed well below expectations. Its heavily hyped premiere pulled in 12.1 million total viewers and a meager 4.4/12 rating in the advertiser-coveted 18 to 49 demographic. That's about half of what the 2011 season of "American Idol" averaged ("Idol" is having its own ratings woes this season), and it didn't even win the night: Emmy-winning sitcom "Modern Family" drew 14.3 million viewers and a 6.0/15 for its season premiere.

The poor ratings precipitated the overhaul that saw judges Paula Abdul and Nicole Scherzinger and host Steve Jones fired from the show.

There's no question that Spears would bring viewers to "The X Factor." She enjoys a large and devout fanbase who will basically follow her just about anywhere. And beyond her own fans, Spears' celebrity would also likely draw attention from the general public, who will tune in simply to see how she does.

Though she can still wow a crowd live in concert, as evidenced by last year's successful tour behind her hit album, Femme Fatale, Spears has become increasingly tentative during interviews. She rarely grants on-camera sit-downs, and when she does, she seems nervous and uncomfortable.

To be a strong judge or mentor on a reality show, you have to be very comfortable on camera. Part of what made Jennifer Lopez click last season on "Idol" was the she came across as confident, direct and often empathetic. She even broke down in tears after sending home contestant Chris Medina, whose fiancé suffered a severe brain injury in a car accident. The key word here is after. It's hard to imagine Spears being able to keep it together and deliver such difficult news in similar circumstances. It's worth noting that a high-drama situation arose on the first season of "The X Factor" -- one that left contestant Rachel Crowe sobbing onstage and Scherzinger a wreck ... a wreck who received death threats. Producers should also consider whether it's wise to send Spears, who has dealt with emotional issues in the past, into a genre that thrives when the emotional stakes are high.

Pro: she is a contemporary artist

One of the things we like most about "The Voice" is that its judges — Christina Aguilera, Cee Lo Green, Adam Levine and Blake Shelton — are all active artists. They are all still hitting the studio to make hit records, and that lends a great deal of credibility to their opinions when they critique a contestant's performance. We don't mean to slight Abdul or Scherzinger, but you could argue that a legacy singer who hasn't released an album in over 17 years and a performer who has had a difficult time getting her own solo singing career off the ground aren't the best judges of who does and does not have "The X Factor."

On the other hand, Spears may be. Last year's Femme Fatale gave Spears three top-10 singles — the most of any of her seven albums — and earned some of the best reviews of her career. While it's true that she did not write or produce much of the record, she was most certainly involved in picking her collaborators, which actually could speak well of her ability to know talent when she sees it. Spears also smartly chose red-hot rapper Nicki Minaj to open on the North American leg of her tour.

When it comes to the contemporary pop music scene, Spears knows what works.

Con: She's not known for her singing

Unlike Aguilera, whose talent as a vocalist is indisputable, Spears is not known for her singing. By signing her to judge and mentor a singing competition, "X Factor" producers are setting themselves up for inevitable criticism. "Who is Britney Spears to judge a singing competition?" critics will scream (and they won't be wrong).

When Aguilera critiques a performer's vocals, she speaks with authority — and her ear for singing proved to make her the most discerning judge on the "Voice" panel during the blind auditions. Spears' judging style will likely be based on liking what's already there, but she's not going to have much insight on missed notes or pitch, which will cripple her ability to further mentor her team. How can she help them improve as vocalists when it's a truth universally acknowledged that she's not really a vocalist herself?

Do you think Britney Spears is a good choice for "The X Factor"? Let us know in the comments below