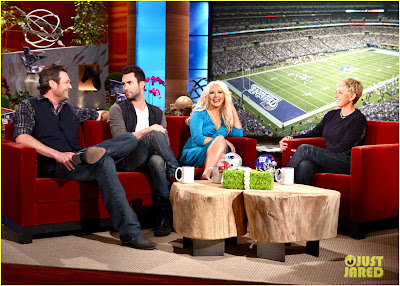 The celebrity coaches from The Voice reacted to unflattering comments American Idol judge Randy Jackson made about the NBC talent competition, insinuating it was a “second chance place”.

“Shame on Randy Jackson for saying that, because he, out of anybody, should know that if you’re in this business you need second, third, fourth and fifth chances,” Adam said. “So we love and embrace that being part of the show.”

“You know, God bless Randy. He was a working musician for a long time and had a lot of success and then the show Idol kind of blew him out of the water. And he is a household name now. It was an irresponsible thing to say that,” Adam continued.