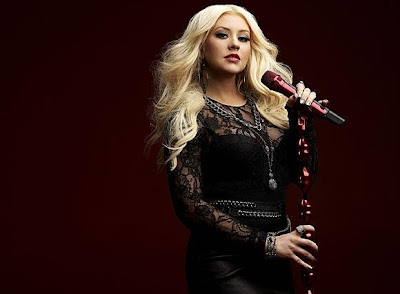 It took me all of about a minute to understand why everyone is all excited about NBC's "The Voice," a show I didn't watch last year, in its inaugural season, apart from a few late-season clips on YouTube. What took me so long? I don't know. I guess I felt like my plate was already heaped with televised singing, since I also recap "Glee," "American Idol," "The X Factor" and "America's Got Talent" for Show Tracker.

But I had no idea what I was missing until tuning in after the Super Bowl for Sunday night's Season 2 premiere (Part 2 of the premiere airs Monday night). Now that I've hit my button and turned my thronelike chair around to behold its parade of talent and entertaining judge interplay (The judges have to compete for the contestants' affection, just as the contestants have to compete for theirs? Genius!), well, I'm standing up and applauding, maybe reaching over and hitting another judge's button. ... You get the idea. I'm pleased to be tasked with recapping it for you this season. We're gonna have fun.

So five singers were picked by the judge/mentors on Sunday night's show. We also saw a few who sadly failed to spin a single throne. (Poor Daniel Rosa!)

Here's who got the nod on Sunday:


RaeLynn: This 17-year-old, blond-locked country singer and Texas farm girl (sporting a whopping red flower that matched her smudgy red lipstick) sang Miranda Lambert's "Hell on Heels," a risky move given that judge Blake Shelton is married to Lambert. But ("Thank you, Jesus"?) the risk paid off: Both Adam Levine and Shelton hit their buttons to spin their "I Want You" thrones. And after they faced RaeLynn, they faced off with each other. Shelton coughed that he could make RaeLynn a country star. Levine, who mentored last year's winning contestant, Javier Colon, countered, "Why would you want to be just a country star? Wouldn't you want to be even bigger than that?" Yeah, not a winning tack. RaeLynn opts to be mentored by the husband of her "inspiration," Shelton.

Jesse Campbell: This 42-year-old single dad, whose wife left him with their young daughter after his musical career failed to take off, managed to get back on his feet after a stint living without a home, sleeping in his car with his daughter on his chest. He's now getting by as a church and wedding singer, and his vocal prowess on "A Song for You" captured the attention and interest of all four judges. Ultimately, it seemed to come down to Cee Lo Green and Christina Aguilera, who tangled like little devils over who would get Campbell's soul. "From the moment you opened up your mouth, I said that's my man. That's my brother," Green said. "I was feeling the soul too, even though I'm not, you know, the same color as Cee Lo," Aguilera said. "Hey, Christina," countered Green. "Everybody's the same color with the lights off." Campbell went with Aguilera. "You said you would fight for me, and I'm ready to fight," he said.

Juliet Simms: This 25-year-old, raspy-voiced rocker from Florida spins Levine, Green and, eventually, Aguilera with her down-on-her-knees take on "Oh! Darling." After Levine and Aguilera spar and Green dismisses what he deems to be their "sexual tension," Green introduces his own element of sexual tension. "Baby, I am so thoroughly impressed and in awe of you. You turn me on," Green growls. "Your voice is amazing. I heard the story of myself and my life in that performance. You look great. I love your style. I love your energy. Oh, my God." Simms picks Cee Lo.

Chris Mann: This suit-wearing, blue-eyed, 29-year-old Kansan, who studied opera at Vanderbilt University, explains that he's pursuing his music career backed by his mom, who's struggling with pancreatic cancer -- the same disease that killed Steve Jobs. Then he goes out there and sings Andrea Bocelli's "Because We Believe," prompting first Green, then Aguilera, to turn around. Green asked him why he chose that song. "It's been hard for me. I've been at it for a while," Mann said. "And I've tried to shrink my voice down to fit. But I decided for this show, I was going to just sing like myself." Green told him his team was the one to choose "If you want to be yourself." But Aguilera said, "I know what to do with real vocalists." Mann went with Aguilera.

Tony Lucca: This former Mouseketeer may have shared the TV screen with Aguilera during their youth, but she doesn't seem to share too many of his fond memories (or any memories, really). Lucca explains that while a lot of his Mickey Mouse Club cohort pursued pop stardom, he traveled the country singing in clubs. Now he's got a pretty wife and cute son and another shot at big-time fame. His take on Ray LaMontagne's "Trouble" prompts first Levine, then Aguilera (who doesn't seem to recognize her old cast mate), then Shelton to hit their buttons. Green's back remains to Lucca until Levine hops up and presses Green's button too. Levine heaps praise on Lucca (whose name Aguilera fails to recognize as well), and everyone else seems to be hanging back a bit to let Levine make his plea. "For the record, I pushed two buttons. Which is the first time in the history of 'The Voice.' That's never happened before. Please, please, for the love of God, pick me." Lucca does pick Levine. And the spin back around in the chair (or perhaps a voice in her earpiece) seems to shake some Mouseketeer memory loose under Aguilera's mass of hair. She schleps backstage to congratulate Lucca -- and rewards him for his patience by telling him Britney Spears had a crush on him. Awww.

What did you think of the first part of "The Voice" premiere Sunday night?

Source: Los Angeles Times
Posted by AGUILERA ONLINE™ at 10:00 AM