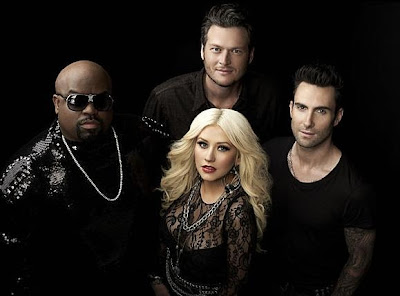 So was Super Bowl XLI a behemoth in the ratings, as always?

The show averaged a 47.8 rating and 71 share in Nielsen's "overnight markets" (no viewer data available yet at this point), which ranks third overall and a tick behind last year's record-setting game (a 47.9/71 in overnights, which later translated to a best-ever 111 million viewers).

If this proves proportionate, adjusted Voice numbers should reach 34 million viewers. However, The Voice ranked below the last reality show that aired behind the Bowl, the premiere of CBS' UndercoverBoss, which averaged 38.7 million viewers.

Source: USAToday
Posted by AGUILERA ONLINE™ at 9:02 AM