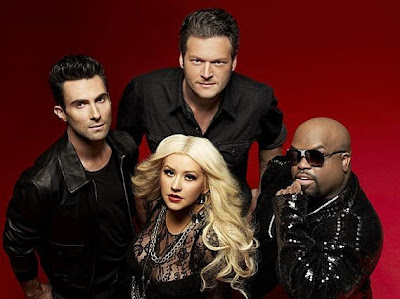 All four "Voice" judges will return to the NBC hit for a third season that will air -- for the first time -- in the fall, TheWrap has learned.

TheWrap reported previously that Christina Aguilera had agreed to return for $10 million for the season.

Now, Cee-Lo Green, Adam Levine and Blake Shelton have all agreed to return as well, all with substantial pay raises, according to two individuals close to the negotiations. They have arranged their schedules for a fall debut, which NBC is preparing to announce shortly.

The individuals said that Green, Levine and Shelton will see their pay roughly doubled to $6 million.

Also read: Christina Aguilera Re-Ups for 'The Voice,' New Season May Air in the Fall

A spokeswoman for NBC said that the judges were not settled upon yet. "No final decisions have been made," she told TheWrap.

But insiders told TheWrap that Levine of "Maroon 5" had been holding out because of the scheduling issue. He and his band have an album nearing completion, and tour dates and promotion of the album had to move to accommodate the show's move to the fall.

"The Voice" was a breakout midseason hit for NBC when it debuted in April 2011. This season, the show -- which has aired three episodes -- has the highest averaging ratings on television. It averages an 8.4 rating/21 share in the crucial 18-49 demographic and 21.3 million viewers overall. It owes that average largely to huge ratings for the premiere, which aired in the plum spot after the Super Bowl.

TheWrap previously reported that NBC was considering moving the show to the fall. Now, with the agreement to bring back the four-judge panel, that decision has been made, according to knowledgeable individuals.

The network is expected to announce the decision in the next two weeks.

That scheduling decision would have the show, now a midseason hit, airing at the same time of year as Fox's "X Factor."