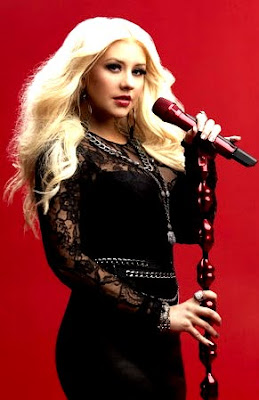 With about two weeks until the second season of NBC’s The Voice premieres after the Super Bowl on Feb. 5, host Carson Daly gives viewers a first look at the talent and a behind the scenes tour of the singing competition’s studio.

“I’m standing in front of this enormous stage,” Daly says. “Inside is where we’re doing the blind auditions for Season 2 and I’m going to give you an exclusive tour of my ‘hood on The Voice.”

We also get a first look at the competitors. And while American Idol paraded its sad auditions along with its good, the video shows one of the reasons why this show has become a breath of fresh air for viewers: Everyone is good. In fact, the performer featured in the video has the enviable problem of his voice being too big. Poor thing.

When the series premieres, it goes straight into the blind audition rounds – the very reason the show calls itself The Voice. The coaches sit with their backs to the auditioning contestants and swing around to who knows what marketing challenge belongs to what they’ve heard.

Posted by AGUILERA ONLINE™ at 5:27 AM