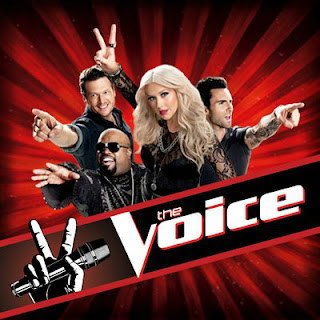 The Voice is ramping up for battle.

The network announced Friday that the group of eight will join coaches Adam Levine, Blake Shelton, Cee Lo Green and Christina Aguilera for the battle round pitting two artists from each team against one another to sing a duet.

At the end of each battle round, each artists' respective coach will then decide who goes home and who moves forward to the live shows.

Each of the four coaches brought in a pair of advisers, with Shelton turning to his wife, Lambert, and Clarkson. Team Adam will feature Morissette and Thicke; Team Christina will feature Jewel and Richie; while Team Cee Lo will be joined by Edmonds and Ne-Yo.

“These renowned musicians will bring their unique and recognizable musical styles to the teams,” said Paul Telegdy, NBC president of late night and alternative programming. “They are well-respected singers whose invaluable experience will be a tremendous asset to Christina Aguilera, Cee Lo Green, Adam Levine and Blake Shelton’s artists.”

The Voice premieres in the plumb post-Super Bowl time slot on Sunday, Feb. 5 at 10 p.m., and returns to its regular slot the following day on Monday, Feb. 6 at 8 p.m.

Source: The Hollywood Reporter
Posted by AGUILERA ONLINE™ at 10:52 AM