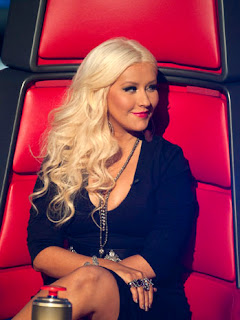 Paula Abdul, Nicole Scherzinger and Steve Jones were all fired from "The X Factor" on Monday, according to individuals close to the show.

Fox and producers Fremantle and Simon Cowell were looking to make a clean sweep, according to those individuals, and are looking for new talent to replace the two judges and the host.

Said one of those individuals: "They survived this year, but it didn’t really work. So they’ve figured they have an opportunity to fix it.

"They expected Paula to be the goofy girl, and Nicole to be the pretty one. But Paula was so bad that it made none of it work."

A Fox spokesman confirmed the departures of Scherzinger and Jones, but could not immediately confirm Abdul's departure.

Part of the issue, the insider said, was that Fox chose to spend its money on an elaborate set and glitzy production values for the live show. By contrast, NBC's "The Voice" spent its budget on hiring top-shelf talent, including Christina Aguilera and Blake Shelton.

Aguilera is said to be receiving upwards of $10 million per season for "The Voice." One insider told TheWrap that Abdul was receiving only $1 million for a season of "The X Factor."

Scherzinger, the lead singer of The Pussycat Dolls, replaced original "X Factor" judge Cheryl Cole, who was dismissed from the show in May 2011.

The show has scored admirable ratings, but hasn't lived up to creator Cowell's expectations. He said last summer he hoped it would top "American Idol" as the country's top-rated show, but it failed to climb from the roughly 12.49 million viewers who watched its September launch. Indeed, "X Factor" earned only half of his former show's ratings in its first season, which wrapped in December.

The show stirred buzz for certain episodes -- most notably the Dec. 8 live results show when teen contender Rachel Crow unexpectedly got the boot -- but "X Factor" viewership fell to as few as 8.51 million.

Scherzinger was knocked for indecisiveness, especially when she refused to make a crucial ruling on which of two contenders should go home. Abdul was largely a peacemaker this go-round, and had few of the sparks she displayed with Cowell on "American Idol." Instead, Cowell feuded with new judge L.A. Reid.

"X Factor" has averaged a 4.2/12 rating among Adults 18-49 and 12.4 million total viewers last season, close to the ratings of NBC's new singing competition, "The Voice."

"The Voice" returns to the airwaves on Feb. 6. "X Factor" hopes to have replacement talent locked in by April, according to the insider.