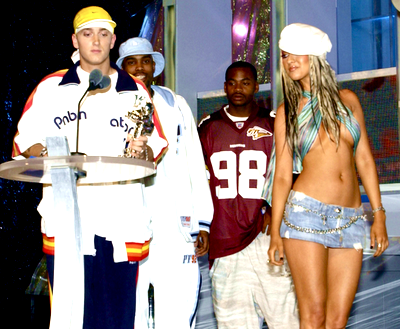 The controversial rapper Eminem who has distinguished himself by picking fights with the more famous members of the show biz such as Lady Gaga and Justin Bieber, is working with the great singer Christina Aguilera on a track.


It's unbelievable because ten years ago this collaboration would have never came about because of their history. "This song is great! It will be a worldwide hit and Christina hopes the collaboration comes to life and it's the best it can be. She cannot wait to release it as a single and prove her critics wrong."


It's a genius strategy by the singer and rapper, because of the fact the two stars put their beef behind them and they are both controversial artists. Eminem is also excited for the prospect of a released collaboration and it will be produced by William Orbit who is working on Aguilera's new album as previously reported. Eminem is the best of his genre and Christina is the best singer of her entire generation. Lyrically, it will be very deep and emotionally driven. This will be a combination even more exciting than his duet with Rihanna which was great in itself.