[NEWS] CHRISTINA AND BLAKE EXPLAIN THEIR CHOICE IN ADVISORS FOR 'THE VOICE: SEASON 2' 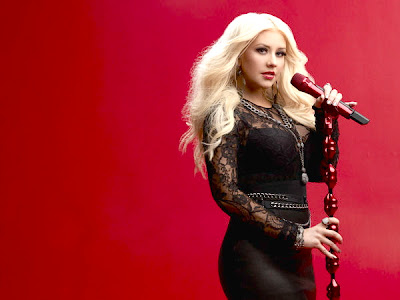 NBC’s smash hit, The Voice returns on February 5th with a second season that producers guarantee will be bigger and better. In addition to extended Blind Auditions and Battle Rounds, Season 2 of The Voice will also bring a few new faces. Christina Milian has signed on as the new Social Media Correspondent for the show, and a whopping eight celebrity advisers will be helping each coach during the Battle Round of the competition; up from four last year. But of all of the talented individuals in the music biz, how did the coaches ultimately decide on their advisers? Christina Aguilera and Blake Shelton offer insight into their decision-making process after the jump.

Lionel Richie, Jewel, Miranda Lambert, and American Idol winner Kelly Clarkson…. Christina Aguilera and Blake Shelton are definitely playing to win this season on The Voice, bringing on some of the very best in the music industry to help them take their team members to the next level in the NBC reality competition.

But how did they decide on their advisers this year?

“I just thought that it was important to bring on people who would know how to give advice,” says Aguilera, who will be working with R&B legend Lionel Richie and singer/songwriter, Jewel. “It does take a certain level of skill and approachability to know how to go into a situation and coach up-and-coming artists.”

Her co-star, Blake Shelton, had another approach, however.

“[Lambert and Clarkson] both survived reality television shows,” Shelton explains. “I just wanted somebody who could talk to them about what they’re going through. … And also they’re both really hot.”

Season 2 of The Voice kicks off with the Blind Auditions Sunday, February 5th on NBC, right after the Super Bowl.