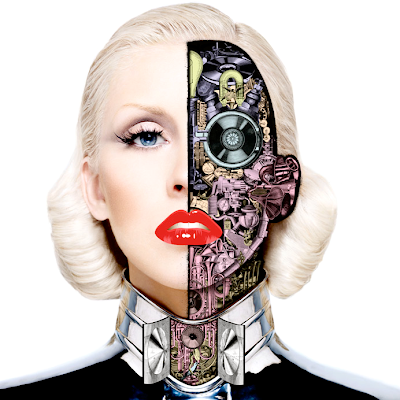 With Christina Aguilera‘s latest single ‘Love Your Body‘ expected to make its debut any time soon, the buzz surrounding the project and its supporting album have undeniably reached fever pitch within the last week.

Set to hit stores in coming months, the yet to be named album will arrive two years after the release of ’Bionic‘, the entertainer’s fifth and most heavily debated LP to date.

So in celebration of the release, which many would agree came to an untimely ‘death’ after struggling to live up to the commercial success of its predecessors, That Grape Juice dedicates this very special edition of ‘Best You Never Heard‘ to Bionic, naming four of our favorite but oft overlooked cuts from the LP.

Get into it below…

‘Woohoo (Ft Nicki Minaj)’
From its stuttering beat to its ‘tongue in cheek’ lyrics, Woohoo is in many ways the older and perhaps more uninhibited sister of 2002′s ‘Dirrty‘.

Fun, sexy and enjoyably filthy, the jam’s unashamed approach to what some might label a ‘taboo topic’ served to cement Christina’s status as one of Pop’s braver entities, heated up even further with a predictably scorching verse from foul mouthed Pop Princess Nicki Minaj.
‘Vanity’
‘I’m not cocky…’

Keeping in theme with the album’s loud, fierce and abrasive theme, Vanity makes for the ultimate party anthem. Armed with finger snapping verses and an annoyingly infectious hook, this shamelessly narcissistic club classic serves just as much heat today as it did when it first fell in our laps over a year ago.
‘Stronger Than Ever’
A feature on the LP’s deluxe edition, many could be forgiven for not knowing that such a song even exists.

Indeed, despite standing side by side with ‘Beautiful’ and ‘Voice Within’ as being one of Christina’s more heart felt ballads, ‘Stronger’ felt the full wrath of the media’s blacklisting of Bionic and thus found itself fading into obscurity once the project’s plug was finally pulled.

Showcasing the vocal restraint many accuse of the performer of not using enough of, the number’s slow but powerfully sincere start makes Aguilera’s trademark belting style toward the end of the cut all the more enjoyable.

Here’s to hoping album #6 delivers more of the same.
‘Glam’
Undoubtedly the closest thing this generation has to Madonna‘s ‘Vogue‘, Glam- in our opinion- could have easily restored interest in ‘Bionic’ had it been the given the single treatment and a supporting video equally as innovative as the track itself.

Almost as though she found a way to channel a Neon stained Tokyo night and compress it into a 3 minute long song, Glam‘s dreamlike backing track and couture-centric theme makes it Christina’s strongest dance effort, far superior- dare we say- to the well produced but poorly received ‘Not Myself Tonight‘.

Saw this yesterday and decided to post it since news is slow. Insert eye roll here at "Best You Never Heard." Bionic was the second highest most downloaded album of 2010 and don't you forget it.

Posted by AGUILERA ONLINE™ at 6:39 AM