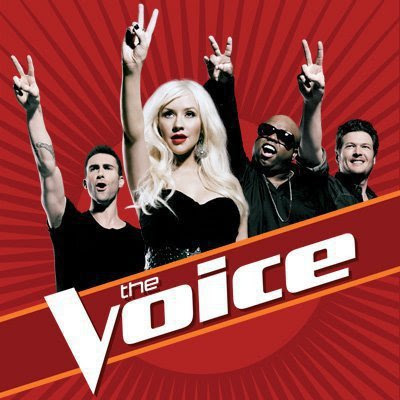 My expectations of The Voice were high thanks to reports from my friends who are based in the States. “You should check out YouTube to see epic episodes of The Voice,” a friend said in an e-mail.

I expected something similar to Idols – featuring people who thought they could sing embarrassing themselves on national television. There was none of that.

The blind auditions were another twist, and they really make The Voice a breath of fresh air. The fact that the judges only listen to the contestants before making the decision to turn their chair around or not adds to the authenticity of the show.

There were moments when the judges were angry at themselves for missing out on a great singer who also looks good.

Another great thing about The Voice is the camaraderie between the judges. From humorous insults to actually fighting for contestants, it makes a welcome change to the icy comments from Simon Cowell and Louis Walsh on Idols and The X-Factor.

The best thing about The Voice, though, is the shift in power. When more than one judge turns their seat around, the contestant has a choice of who he or she wants to work with – putting the judges in the hot seat.

The 2003 American Idol contestant (she was kicked out of the show after nude pictures of her showed up) is back and is looking for a chance to claim what could’ve been hers. After she gave a rousing performance of Katy Perry’s I Kissed a Girl, Christina couldn’t turn her seat fast enough.

His acoustic rendition of Cyndi Lauper’s Time after Time meant he was snapped up by Adam. At 13, he was writing his own songs. He’s toured with Taylor Hicks, and had a record with Capitol Records, but his career never took off.

The 16-year-old sang Leona Lewis’s Bleeding Love. While I wasn’t super-impressed, there were moments where you could tell that with the correct training, she could go far on the show. Another one for Christina.

Nakia performed Cee-Lo’s Forget You and landed on Cee-Lo’s team after he chose Cee-Lo over Blake.

Sisters Tori and Taylor Thompson sang Sugarland’s Stuck Like Glue and Cee-Lo took a liking to them. The siblings were part of American Idol spin-off show American Juniors.

One must be brave to touch an Adele song and Vicci was brave enough to do so. Her rendition of Rolling in the Deep had Christina and Cee-Lo fighting for her and once again Cee-Lo won.

The shy 16-year-old’s rendition of The Script’s Break Even made Cee-Lo and Blake turn their chairs quickly and she had judges fighting over her. Ultimately Blake won.

Dia sang Colbie Caillat’s Bubbly for her audition and booked her place on Blake’s team. She was in a band called Meg and Dia, but they got dropped from their label.

Singing Janis Joplin’s classic Piece of my Heart, Beverley sounded and looked great and it wasn’t a surprise when Christina chose her for her team. Beverly has already released five independent albums.

She first performed Miley Cyrus’s The Climb and got rejected, but a twist gave her another chance and she blew the judges away with her rendition of Keith Urban’s Stupid Boy, earning herself a spot on Adam’s team.

After getting the snub for his rendition of Cobra Starship’s Good Girls Go Bad, Jared was given a second chance with the Dixie Chicks’ Not Ready to Make Nice and scored a place on Blake’s team.

l Catch The Voice on SABC 3 every Wednesday at 8pm. - Sunday Tribune

Source: IOLTonight
Posted by AGUILERA ONLINE™ at 9:39 AM