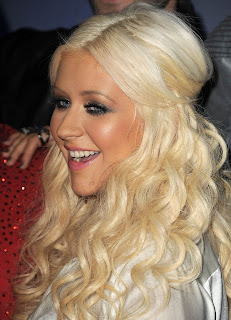 Blake Shelton may be a superstar coach on NBC's hit music competition show 'The Voice,' but at a recent press conference we attended in Los Angeles, the singer admitted to initially being intimidated by that experience. As "a country guy stepping into this with these three" -- fellow coaches Cee Lo Green, Adam Levine and Christina Aguilera -- Blake admits he was "scared."

"They're worldwide stars; they're larger than life," Blake said. "I'm a country singer ... this country. Country singers are pretty much United States guys ... They don't know me in Australia, damnit, that's what I'm saying."

Blake also confessed to being worried about the "over-saturation of shows of this kind," explaining, "I signed on originally because of the others who were involved. I dragged my feet a little bit as far as making a commitment on whether or not I wanted to do this. Once I saw who the other three were, I was like, holy s---! I read about Christina Aguilera all the time! I know she's a big deal. These other people know what they're doing. This is not my world. I decided because I figured they all three would know something I don't know."

Blake's humility opened the door for some punchlines from Christina. "I'm going to tell your team that," she quipped, as those in the press conference erupted in laughter. "That's great!"

We're sure Blake's team -- plucked from "blind auditions," mentored, trained and pitted against the other teams and each other -- will do just fine. As for the country coach, he says the experience of mentoring up-and-comers and taking them on tour has been invaluable. "Having been a guy who's been doing this for many years, as far as radio and stuff, it's easy to get calloused and it's easy to forget what it was like to not have this ... It was a reminder. Somewhere along the way I forgot what it was like. It rejuvenated me and made me excited about what I do all over again."

Season two of 'The Voice' will premiere immediately following the Super Bowl on NBC, Feb. 5, 2012. Each team will now start with twelve instead of eight members for the superstars to mentor. As a special opening surprise, the four coaches will perform together -- a little secret that came out prematurely. "We shouldn't talk about what we're doing but it all came together so easily. We're like the weirdest, coolest band ever," Adam Levine hinted.

"When the four of us come on stage together, we have a truly kick-a-- opening performance this year," Christina added. "But I'm not allowed to say anything!"

"We've become extended family," said Cee-Lo Green. "It's a very sweet feeling, it's very genuine and honest and organic." And, apparently, rowdy, according to Christina, the lone lady in a gang of dudes: "You're in a guys' locker room all the time," she laments. "There's some raunchy things that go down. It takes a strong woman to hold her own among a bunch of rowdy guys."

And with that, the comedic tables turned, with Blake responding, "There's no reason we can't all talk about boobs."