[NEWS] ADAM LEVINE: 'IT'S HARD SINGING ON STAGE WITH CHRISTINA BECAUSE SHE IS SO GOOD' 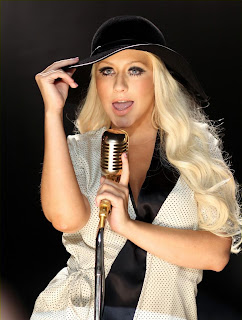 When he considers the AMAs, what he's most excited about is "to be around such walking empires and song brands.

"What I love at the awards show is to just sit there and observe and study everybody," he says. "You can tell who has longevity in the business as to how they handle their team."

Like most of those interviewed, Adam Levine of Maroon 5 is excited about whom he may meet at the awards.

"It happens all so randomly, and everyone under the sun will be there," Levine says. If he had the chance to meet anyone, "Paul McCartney would blow my mind," he says.

Maroon 5 will sing "Moves Like Jagger" with Christina Aguilera.

"It is hard singing on a stage with her because she is so good," Levine says. "I will have to flail my arms around and run around like a maniac."

Though it's a huge audience filled with music's top talent, Levine has played in front of 1 million people, and one of his first concerts was at producer Clive Davis' in front of Jay-Z, Missy Elliott and Smokey Robinson, so he doesn't give in to jitters.

Source: Zap2It
Posted by AGUILERA ONLINE™ at 7:17 AM