Primetime's latest singing competition series, Fox's "The X-Factor," bowed to solid but unspectacular numbers Wednesday, a night that saw ABC close strong with series highs for "Modern Family" - the night's No. 1 show in demos - and a good start for drama "Revenge." 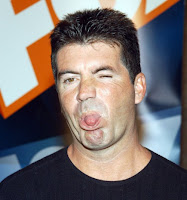 According to preliminary national estimates from Nielsen, the Simon Cowell-fronted "X-Factor" opened with a two-hour episode that averaged a 4.2 rating/12 share in adults 18-49 and 12.1 million viewers overall - below the 5.1 demo score that NBC's "The Voice" notched with its premiere in late April, and less than one-half the 9.8 that Fox's "American Idol" opened with in mid-January. While very good fall premiere numbers for any other new show, expectations industry wide were that "X-Factor" would come out of the gate quite a bit stronger.