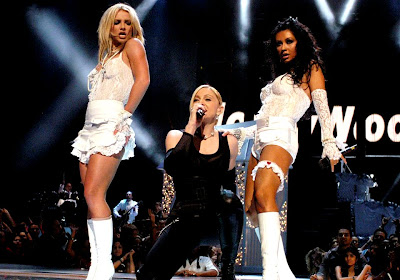 Outrageous moments are nothing new to the MTV Video Music Awards, the two go together like bread and butter.

We suppose things are bound to get a little wild when you throw the biggest stars in the world into a room for the express purpose of having a good time. The VMA's are unlike any other awards show around because the point isn’t to have a quiet, dignified gathering to honor the best album by a 100-piece orchestra; it’s to rock out and give props to the hottest things in music in a particular year.

Instead of sleepy applause and thanking the academy, you get the Queen of Pop locking lips with her heir apparent or living legend Diana Ross getting a little grabby with an overexposed Lil Kim. That’s just how we roll here at MTV.

While just about every VMA moment is pretty outrageous, a few definitely stand out and have withstood the test of time to burn themselves into the collective consciousness of we connoisseurs of pop culture. Help us decide which of these eight incidents is the most outrageous moment in VMA history. 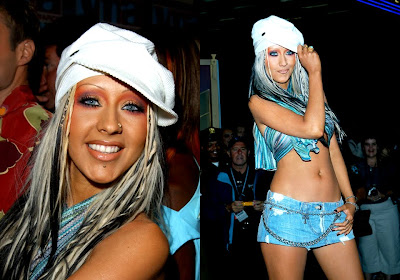 Award shows are all about fashion. We drool over the glamorous gowns actresses sport for the Oscars and the Golden Globes and scour the Internet to see who dressed like a fool at the Grammys. But what happens when the traditional rules of award show attire go out the window?

At the VMA's, sexy is key and anything goes. It's all about who can get the most ink for wearing the wildest outfit. Seriously, what other awards show can say someone wore a meat dress to their festivities?

From pacifiers and pasties to dresses that also serve as advertisements and men in pink pleather and roller skates, wild outfits are the norm at the VMA's. But who takes the cake for the most outrageous outfit ever? 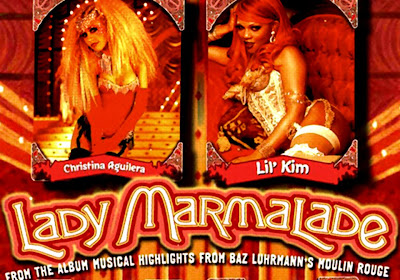 The ‘90s shattered the conventions of the music video. Suddenly every musician wanted their video to be the biggest and splashiest of all. Budgets roared to insane levels – Michael and Janet Jackson’s 1995 video for "Scream" is in the Guinness Book of World Records as the most expensive ever, costing around $7 million – and video directors became stars themselves (hello, Hype Williams, David Fincher and Mark Romanek).

So by the 00s, a video had to be on point to get much attention at the MTV Video Music Awards. The concept had to be solid, the costumes needed to be out of this world and the special effects had to be through the roof. You want a brothel featuring some of the biggest pop starlets in the world? You got it – Christina, Pink, Mya and Lil Kim are waiting. Care to see Rihanna control water with her bare hands? Just don’t forget your “Umbrella.”

It’s a lot to live up to. But so far eleven videos can call themselves the best videos of their respective years. Which one is the best of the decade? We’ll leave that one up to you guys.