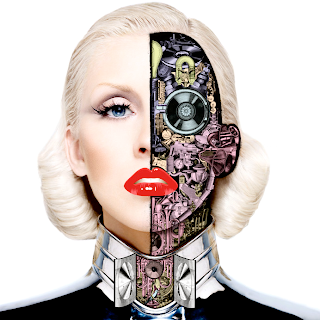 In March of 2010, Chicago radio programmers and deejays got an early listen to Christina’s new album Bionic. The response was very positive, but folks tied to Interscope Records (Lady Gaga’s record company) kept insisting that the record was a bomb.

In fact, some of Lady Gaga’s handlers allegedly kept referring to Christina as “Floptina,” a name celebrity blogger Perez Hilton was allegedly told to use. When the first single arrived in April of 2010, initial response was positive. However, there were many people who called into radio stations to insult the song. “This was obviously the work of some anti-Christina street team doing this and not regular listeners. They concentrated on big markets like Chicago, Los Angeles, New York City and Miami.”

The video for “Not Myself Tonight” didn’t help the single. But it wasn’t as bad as Perez Hilton and Akon (another factor in the Christina Aguilera backlash) made it out to be. Apparently, Akon (Lady Gaga’s friend) was telling everybody it was a ripoff of Madonna’s “Express Yourself.” This occurred even after Akon heard an early demo of “Born This Way,” which some say sounded more like the Madonna hit than the final version released in February of 2011.

“Perez Hilton was still angry at Christina Aguilera for making negative comments about his marketing partner Lady Gaga. He was out to get Christina from the very beginning. Unfortunately—then—Perez Hilton still had an influence on the music industry. Now, he is seen as an absolute joke and Lady Gaga’s career is going down faster than the atomic bomb. The fact that her album was practically given away for free proves this,” says a music industry insider.

Bionic was released on June 24, 2010 to mixed reviews. However, reviewers had already been told by music industry “insiders” (a.k.a. ‘friends’ of Lady Gaga) that the album was a flop. There was no way the album could have received objective reviews.

Program Director Jared Stelling believes the Christina Aguilera backlash was the absolute work of Lady Gaga and her friends. “You would not believe how the industry works and how much power one star has to bring another down. A couple years back, Mariah Carey hired a couple journalists to write negative things about Madonna and her tour. One of the writers worked for MSN and was fired when the truth came out. Luckily, that didn’t stop Madonna from selling tickets. Unfortunately, Christina couldn’t even launch a tour because of the backlash. It’s pretty pathetic. However, karma exists and right now, Lady Gaga is sinking faster than the Titanic.”

Reading this just pisses me the F**K off. Excuse my French. I seriously believe this is true. Ever since the beginning of the Bionic era we heard nothing but negative crap come from Lady Gaga's friends and confidants about 'Bionic' being a knockoff of Lady Gaga's sound. Then shortly after her pathetic monsters chimed in and tore 'Bionic' apart. They didn't give her a chance to prove that the songs in that album were amazing. But I wasn't surprised to find out that 'Bionic' was the 2nd most illegally downloaded album of 2010. Billboard named 'Bionic' album of the year. Leave it to delusional 'monsters' and their pathetic carbon copy Queen to ruin someones hardwork without facts. Karma's a bitch and she's coming for your wig... bitch.