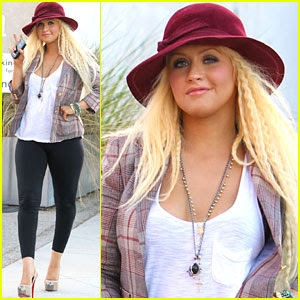 Christina Aguilera steps out of her car at a recording studio on Thursday (June 23) in Burbank, Calif.

The 30-year-old singer waved to fans as she strutted her way inside!

Adam Levine, who is a coach for The Voice alongside Christina, recently spoke with Rolling Stone magazine about his relationship with the superstar.

When asked if they had hooked up in the past, Adam responded: “I just met her a couple of days before we started shooting! I don’t know where it comes from. We just bicker like brother and sister, and part of it is fabricated by the television gods.”

“But she’s great. I respect the sh– out of her. She’s going through a tough time, and God bless her. This show is great for her. But if she busts my balls, I’ll bust hers,” Adam continued. 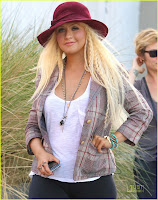 Source: JustJared
Posted by AGUILERA ONLINE™ at 12:00 AM