[NEWS] ENTERTAINMENT WEEKLY: 'THE VOICE' 10 BEST/WORST PEFORMANCES OF SEASON ONE

As NBC's hit singing competition nears the finish line, see who we think hit all the right notes (Dia!) and who fell flat (sorry, Xenia) 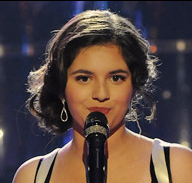 WORST
Xenia Martinez, ''Price Tag''
Before your criticisms pour in: Yes, Xenia's tone is great, her voice is unique, and she seems like a very nice girl. But her awkward stage presence made this quarter-final performance hard to sit through — especially when we were forced to watch Xenia robotically point to the left, then to the right. Knowing that the studio recording of the song is a vast improvement over the live rendition helps a little, but it doesn't change the fact that the televised version of this number was the very definition of uncomfortable. 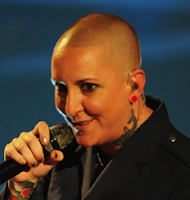 BEST
Beverly McClellan, ''I'm the Only One''
If you can watch this insanely joyful performance without cracking a smile, you just might have a black hole where your heart should be. Beverly gets extra points for teaching us that you can look awesome while chicken dancing in a tea-length kilt. 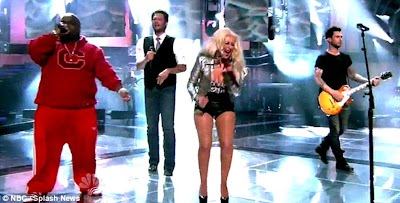 WORST
Adam Levine, Cee Lo Green, Blake Shelton, and Christina Aguilera, Queen medley
When the coaches opened the very first episode of The Voice with a cover of Gnarls Barkley's ''Crazy,'' we were impressed. But when they kicked off the quarter-finals with a superfluous mishmash of Queen hits, we were just confused. Even Adam's mean guitar solo and Christina's best melismas couldn't save this inexplicable misfire.

BEST
Javier Colon, ''Fix You''
Javier decided to finally go easy on the vocal acrobatics during his semifinal performance, and his choice paid off — this Coldplay cover was his purest, cleanest number yet. The uptempo portion of the song also proved that Javier is more than just a balladeer. Who else thinks the guy should toss his hat away more often? 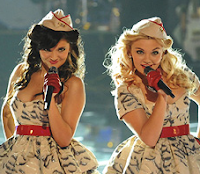 WORST
Tori & Taylor Thompson, ''Boogie Woogie Bugle Boy''
The Thompsons have been the targets of a lot of criticism on our lists, so I'll keep this brief: ''Boogie Woogie'' was a star-spangled travesty. When even Carson is snarking on you, you should know you've made a huge mistake. 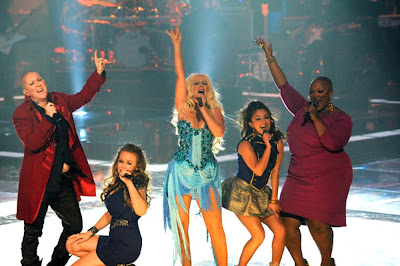 BEST
Team Christina, ''Lady Marmalade''
Every member of Xtina's posse had a moment to shine during this electrifying group number — to say nothing of Christina herself, whose note-perfect performance reminded us why she's still a superstar. In my heart of hearts I want to believe that when it was over, the gals went backstage and toasted each other with diamond encrusted glasses. That's how divas do it, right?

WORST
Curtis Grimes, ''Addicted to Love''
Is there such a thing as transcendent blandness? If so, Curtis Grimes achieved it during his last Voice performance, which could have put a colicky, teething, overstimulated baby to sleep. To borrow from Precious, we'd call it fluorescent beige.

BEST
Dia Frampton, ''Heartless''
The performance that launched a million iTunes downloads. Yes, Dia didn't invent the idea of transforming Kanye's autotuned song into an acoustic ballad — but her rendition was powerful, soulful, and, perhaps most importantly, completely unforgettable. It transformed Dia from an unremarkable contestant to The Voice's frontrunner. 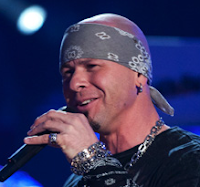 WORST
Jared Blake and Elenowen, ''Ain't No Mountain High Enough''
How do you take the joy out of one of the best Motown songs ever written? Lower it an octave, slow the tempo, and assign it to a cheesy rocker and a folksy pair who can't reach the right notes. Performances on The Voice's first season were rarely straight-up bad, but this battle was downright painful to behold. 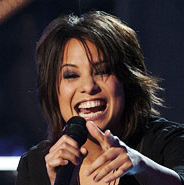 BEST
Niki Dawson and Vicci Martinez, ''Perfect''
The Voice has never sounded better than during this duet, which closed out the show's first-ever battle episode. Both finalist Vicci and gone-too-soon Niki have rough, raw voices that suited the song to a T and blended beautifully. Each managed to attack every note without straining her voice, giving performances that sounded effortless but powerful. Or, in a word: Perfect.