[NEWS] THE END OF THE WORLD: WHAT WOULD YOU WATCH, READ, LISTEN TO BEFORE DOOMSDAY? 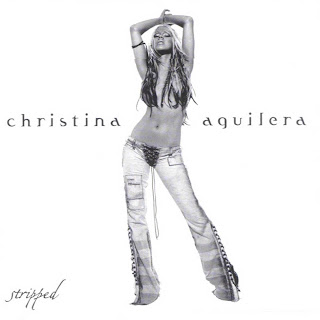 If pamphlet-wielding prognosticators are to be believed, tomorrow (May 21, 2011) is
Doomsday—the hour in which a massive earthquake will rock the globe heralding the end of the world. Pretty gloomy stuff, huh? Whether or not (most likely not) that particular prophecy comes true, it got us thinking about how we would want to spend our last day, pop-culturally speaking. If we had only hours to enjoy our favorite movies, TV series, music and books, what title would get preference?

After the jump, Hollywood Crush writers weigh-in on the one pop-culture pick they'd relish before the rapture.

It's no secret I'm addicted to "Friends." I can, and often do, relate pretty much anything in life to an episode of the beloved comedy. (Even when people don't get my references.) So there's no doubt that I'd be glued to the TV marathon viewing my favorite show of all time. Could I BE anymore addicted? Nope. Not possible.—Breia Brissey

"Clueless." There I said it. If I had to pick one thing to read, listen to or watch before the end of the world it would be the movie that defined the early '90s chick flick and shot Alicia Silverstone to bubble-gum chewing fame. Sure, it seems like an absurd pick (most people would probably choose an intelligent book like "Reflections of a Life Well Spent,"—okay, I made that title up), but for me, I’d want to revel in something that reminded me of my youth and that’s what "Clueless" is for me—a completely carefree, drama-less flick meant to make you smile and forget that the world is about to end in 3, 2, 1… —Nuzhat Naoreen

"The Golden Compass" by Philip Pullman. I've actually never seen the film version (mostly out of fear that it won't live up to my impossible standards given my love for the source material), but I would spend my final hours curled up with "The Golden Compass," for sure. I don't throw around the phrase "life changing" flippantly, so brace yourselves: This book is a life-changer. I couldn't go without giving it one more read. —Kayleigh Roberts

Before the end of the world as we know it, I'd have to listen to "Christina Aguilera's" 2002 masterpiece, "Stripped", one last time. This is one of the only albums I know of in which there's genuinely no filler; every single track is flawless. Christina's not-of-this-universe voice elicits every emotion: pride ("Soar"), sadness ("I'm OK"), sass ("Can't Hold Us Down"), humor ("Stripped, Part 2"), and the list goes on. It's complete pop perfection. —Jyll Saskin

Does "marry Ryan Gosling" count as a pop-culture-related act? If not, my runner-up option would be a carefully curated marathon of "Sex and the City" accompanied by a pint of Cinnamon Bun-flavored Ben & Jerry's (lactose intolerance be damned, it's the eleventh hour!). I'd watch only my favorite episodes, like "My Motherboard, My Self" and "Out of the Frying Pan" (the one in which Smith shaves his head in solidarity). Somehow I imagine "Zombies and the City" just won't be as compelling. —Amy Wilkinson

Posted by AGUILERA ONLINE™ at 5:25 AM