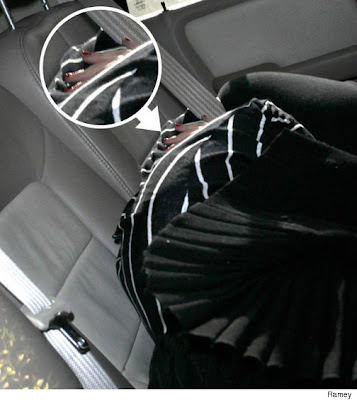 Cops say ... Aguilera was a passenger in a car driven by Matthew Rutler when officers noticed he was driving erratically around 2:45 AM ... so they pulled the vehicle over.

Officers determined Rutler was drunk and arrested him for misdemeanor DUI.

Cops say the deputies determined Aguilera was also "extremely intoxicated" ... and since she was unable to care for herself, Aguilera was taken into custody.

Aguilera was booked for public intoxication -- and according to the booking sheet, she was listed at 5'2" and 100 lbs.

According to the L.A. County Sheriff's Department, Rutler's bail was set at $5,000.

However, the source adds, "If the driver had NOT been arrested for DUI, [Christina] would have never been in trouble."

Sources close to Xtina tell us they have been trying to get the singer into a rehab program for weeks.

Christina Aguilera's been released from custody and will not be prosecuted ... according to L.A. County Sheriff's spokesman Steve Whitmore.

As we first reported, Christina was arrested for public intoxication at 2:45 AM this morning in West Hollywood -- and her boyfriend Matt Rutler was busted for DUI.

Law enforcement officials had said Christina was "not involved in any criminal activity" and would be released once she could "safely take care of herself."

Rutler is still in custody.

UPDATE 9:10 AM PT: Whitmore confirms Christina was arrested, booked, fingerprinted, put in a cell, and then monitored. But ... Whitmore insisted they have "no desire" to prosecute her.


UPDATE: We've confirmed ... Aguilera and Matt Rutler had a late-night dinner date at Mario Batali's restaurant Osteria Mozza ... where they hung out in the private dining room past midnight.

We're told one of the restaurant patrons recognized Christina and asked the server to send her a drink ... but the server replied, "She's already drinking a bottle of wine... or two."

The patron sent over a dessert instead.

So far, no word on when Aguilera and her BF left the joint -- but sources who were at the restaurant tell us the couple got their entrees AFTER midnight ... when the place was closing down to the public.

As TMZ first reported, the couple was arrested around 2:45 AM this morning -- cops say Matt was driving drunk and Xtina was too drunk to take care of herself.