CHRISTINA REALLY TRIED TO DEVOTE HERSELF WHOLEHEARTEDLY TO BURLESQUE 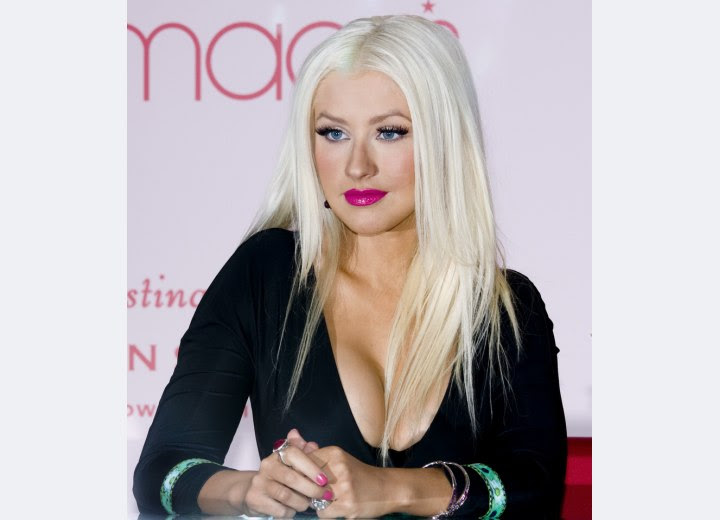 Christina Aguilera put her whole heart and soul into her acting debut in Burlesque.
The Grammy award-winning songstress portrays wannabe burlesque star Ally in the musical, which also stars Cher and Stanley Tucci.

"I wouldn't say anything was a day off to be honest, I wish it was - I would have really loved that - but with acting, it was my first film so I really tried to give myself whole-heartedly," she said.

Christina, who is up for a Golden Globe following her performance, added: "Putting myself completely on hold for Ally [was challenging], I definitely am used to coming from a world where I am able to express myself through songs, vocals, poetry, and having the time to do so and focus on myself as an artist - to write in my journal at least.

"I found it very neglectful of myself while I was doing the movie and I would get very rambunctious. I had a lot of pent up energy, because I was neglectful of myself, when I wasn't being Ally on camera I was really antsy. It is two completely different worlds."

For the Beautiful singer, Burlesque "spoke to" her.

"It was just a matter of waiting for the right thing to come along. When I found out it was set in modern times and I'd be given a chance to modernise the music, then I knew it was a role that was meant for me," she said.

Source: PressAssociation
Posted by AGUILERA ONLINE™ at 11:55 AM