CHRISTINA DOESN'T BELIEVE THAT ANYTHING IS TOO RAUNCHY 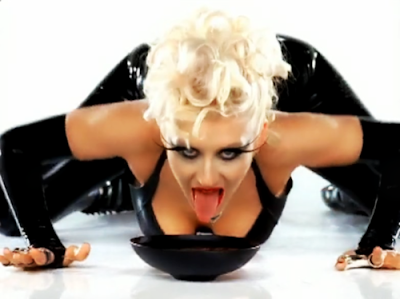 Pop songstress Christina Aguilera has stated that she doesn’t believe that there is such thing as being too raunchy, and that dancing provocatively is ‘empowering'.

The singer-turned-actress, who stars in the new movie Burlesque, attracted complaints following her raunchy performance on Sunday's final of The X Factor.

She told BANG Showbiz: "I don't think there is such a thing as too raunchy when it comes to the art form of burlesque. I think it's very empowering to women to feel confident in their own skin and their own bodies and I think this movie definitely represents that."

Source: MTV
Posted by AGUILERA ONLINE™ at 7:21 AM