CHRISTINA AGUILERA: MY SON IS OBSESSED WITH SANTA CLAUS 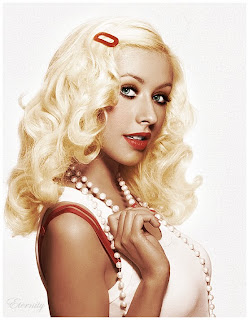 Christina Aguilera says her son is fascinated with a giant inflatable Santa Claus in her house.

The 29-year-old singer has a two-year-old son, Max, with her estranged husband Jordan Bratman. Christina has revealed Max is just beginning to understand Christmas and is thoroughly enjoying the festive season. The star has taken great pleasure in preparing her home for Christmas because Max is so thrilled with all the decorations.

“We have this blow up Santa Claus in my house that some would say is actually scary, because he is animated and you touch him and he comes to life and does the ‘Ho, ho, ho’ bit and sings songs. Max gravitates towards that and he got into the whole Christmas tree thing and decorating it,” Christina told British television show Daybreak. “He loves to throw the snow on the tree.”

Christina went on to reveal she loves December because her birthday and Christmas both fall during that month. The star will turn 30 on December 18 and she is looking forward to celebrating in style.

“I think the spirit of it all is just so fun,” Christina replied when asked why she likes Christmas. “I have a birthday so close to Christmas so it’s inevitably my favourite month.”

Source: MusicRooms
Posted by AGUILERA ONLINE™ at 5:29 AM